Illinois Restaurant Association supports the freedom to marry in Illinois 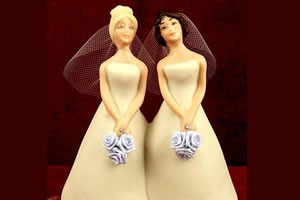 Chicago, IL - Saying that it is "good for business" in the state, the Illinois Restaurant Association (IRA) today announced its strong support for the freedom to marry and urged members of the Illinois House to act quickly in passing SB10, the Religious Freedom and Marriage Fairness Act. The Illinois General Assembly returns to Springfield in less than two weeks for its fall veto session.

"As owners of small and large businesses, our members know the importance of treating all customers equally," said IRA president Sam Toia. "It's the right thing to do — and it's good for business."

Toia pointed to a study released in March by the Williams Institute at the UCLA School of Law showing that marriage equality would generate up to $103 million in spending in Illinois within the first three years of SB10's passage. The boost to the wedding business and related industries such as hospitality would create 281 jobs, the study estimated.

Last month, Minneapolis Mayor R.T. Ryback came to Chicago to invite same-sex couples from Chicago to travel to Minneapolis to get legally married. "This means that instead of keeping business and dollars in Illinois, couples and their families will leave the state to hold their weddings, their receptions, and their rehearsal dinners," Toia said. "As a businessman, I worry that Illinois is falling behind."

Just this week, Chicago Alderman James Cappleman announced that he would travel to Washington State in order to wed his long-time partner. Illinois Unites is hearing from couples all across the state who are ready to travel outside Illinois to marry if the legislature does not act soon to extend the freedom to marry.

"The time has come to pass SB10," Toia concluded.

Related: Ald. James Cappleman going out of state to get married