Second successful Out in the Park raises funds for Chicago House 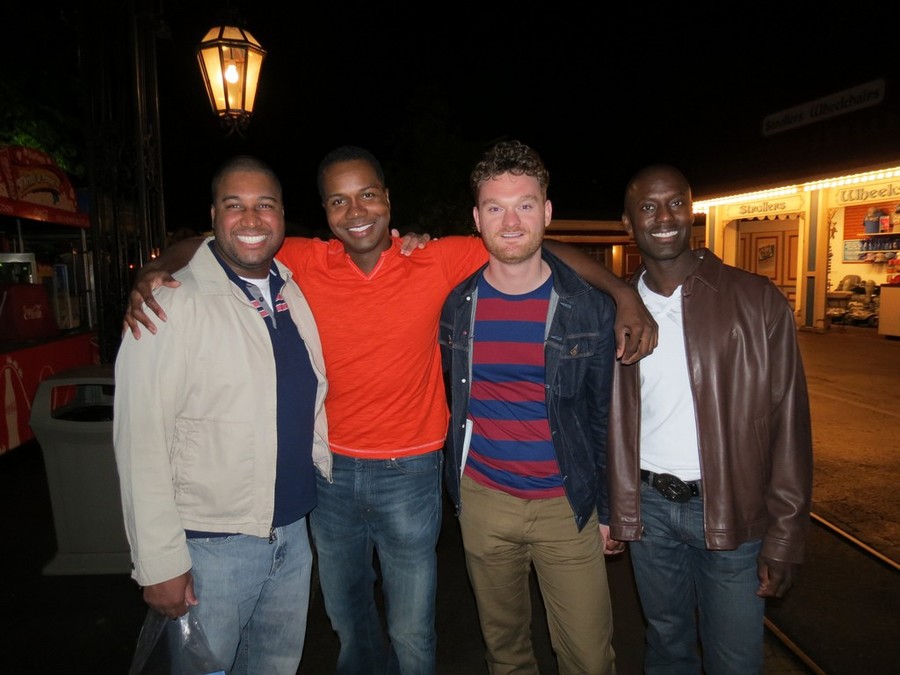 photo credit // jerry nunn
view the full gallery
Chicago, IL - Last weekend, Michael Snell and Derrick Sorles of BestGayCities saw months of hard work come to fruition at the second annual Out in the Park at Six Flags Great America in Gurnee, IL. The event, which brought together thousands of queers and their allies from across the Midwest, raised $11,000 for Chicago House, this year's benefitting charity, bringing the total amount raised by Out in the Park to almost $25,000 in just two years.

With over 1500 tickets sold the day of the event, this year's attendance rose from last year, coming in at just about 5,000. The BestGayCities boys hope to grow the event even further in the future, with increased attendance translating into increased perks for the partygoers.

"We always say 'it takes a village to pull this off -- this is not the Michael and Derrick show, it's a community effort coming together for the greater good,'" Sorles and Snell told ChicagoPride.com. "Six Flags Great America is willing to give our group an entire private Sunday from 11 a.m. to 6 p.m., but we have to deliver 10,000 attendees. We will get to that point, we're determined to make it happen -- that is the end all goal and we feel our community is ready to support it if they know what we're working to achieve."

Out in the Park has already grown dramatically since its inception last year, both in the size of the event itself and the community support it received.

Advertising and promotional efforts saw a major increase. In addition to having several months more to plan and promote, Snell and Sorles partnered with Walgreens to have Out in the Park advertised in their stores throughout the Midwest. Out in the Park also saw an awesome show of support from local media sponsors at Grab Magazine, ChicagoPride.com and, new this year, Zona Rosa Magazine and Wisconsin's QUEST.

In response to comments from partygoers last year who wanted an alternative to riding rides, Snell and Sorles organized a host of live entertainment for Out in the Park part deux. This included drag performances and karaoke as well as live concerts by Eli Lieb, Isaiah Grass and Jess Godwin, all of whom the BestGayCities boys want to thank for their fabulous performances. In the end, however, the night's major draw came from the rides themselves.

"We spent a lot of money on live entertainment that was seen by only a few," the BestGayCities boys said. "We put it out there as an option for those who were not big on rides, but this year at the end of the day, people wanted to ride the coasters and enjoy the lack of lines and waiting."

Also bigger and better this year was the Hometown Square, which Six Flags recently renovated and where DJs and dancers from Scarlet as well as returning DJ Matthew Harvat spun beats and twerked it out for the passers-by.

"The complete re-design for this year of Hometown Square provided an absolutely ridiculous stage and runway for a dance area like never seen before in the Midwest," Snell and Sorles said. "We will definitely maximize this new area to its fullest next year with even more dancers and perhaps a couple of formal dance numbers put together by Matthew Harvat, aka Circuit Mom, and his amazing posse of talent."

Also new this year were the partnerships with Boystown venues to help create a weekend of events around the Out In The Park. In addition to Scarlet Bar opening up the DJ set on Saturday, they also threw pre and post parties in Boystown, along with Lucky Horseshoe, who did the same. Taverna 750 threw two special brunches on Saturday and Sunday and Charlies provided busses for transportation and hosted the official after-glow party. Scarlet, Taverna and Charlies have all signed on for next year's event.

After hearing about the success of their initial event, Snell and Sorles were contacted by Six Flags St. Louis to do a similar Gay Days party, which take place on Saturday, June 7, 2014. The duo is also in the planning stages for another upcoming party in 2014, which they describe as "a private, charity-based, water park, 12-hour Saturday night dance party in late Winter/early Spring unlike anything the Midwest has ever been able to enjoy before!"

Out in the Park will also return to Gurnee next September, bigger and better than ever, with the hope that further increased attendance will allow the BestGayCities boys to not only continue hosting the event, but turn it into the largest private ticketed LGBT event in the country.

Related: Photos from Out in the Park 2013