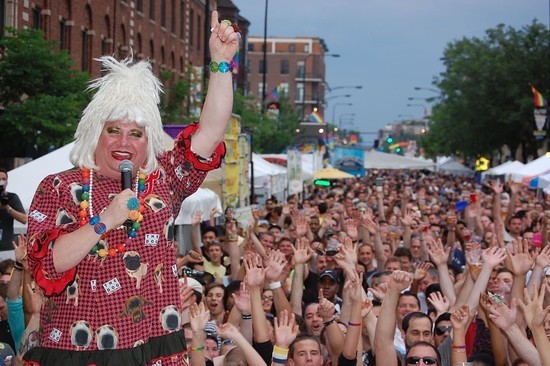 Chicago's Pride Fest weekend offers something for everyone

Chicago, IL - Chicago's all-new Pride Week is set to kick into high gear this morning as organizers of Chicago Pride Fest launch their event, for the first time, a week before the Pride parade. The event opens at 11 a.m. and runs through Sun., June 23 in Boystown.

Pride Fest had traditionally been a prelude to the parade, which is scheduled for June 30. Organizers believe the change will help alleviate congestion in Lakeview during June by allowing a Pride Week instead of weekend. Last year's Pride Parade drew over 850,000 people to the neighborhood.

The two-day street fest features 2 entertainment stages, plus a dance music stage with some of Chicago's favorite DJs. Among the acts appearing at the festival are Aubrey O'Day of Danity Kane, Jessica Sutta of Pussycat Dolls, Ultra Nate, Deborah Cox and Inaya Day, among many others. Kotwa called the line-up "cross-generational."

Pride Fest opens at 11 a.m. both days, closing at 10 p.m. on Saturday and 9 p.m. on Sunday and is situated along Halsted St. from Addison to Grace. A gate donation of $8 benefits the Northalsted Business Alliance, the same group behind the popular Northalsted Market Days set for the weekend of Aug., 10 and 11.

More information about these and other Pride events in Chicago can be found on ChicagoPride.com's CalendarQ.