Midsommarfest returns this weekend to Andersonville 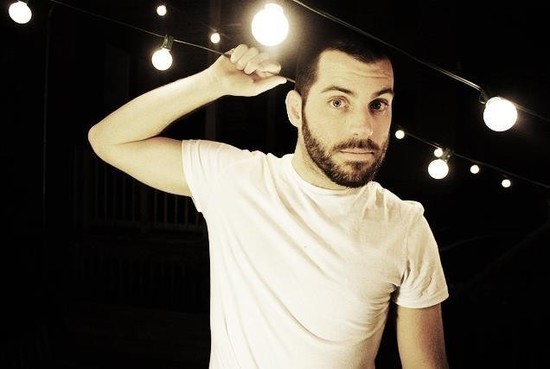 Out musician Stephen Leonard hosts Out Rock stage at festival

Chicago, IL - Midsommarfest returns to Andersonville for its 48th year this weekend, bringing with it two days and three nights of music and shopping, food and drink to help kick off the Chicago summer neighborhood street festival season.

Last year's event boasted sunny skies and 80 degree weather, drawing an estimated 50,000 people to the six blocks of Clark Street between Foster and Catalpa that make up the heart of this far-north neighborhood, known for its Swedish heritage and current identity as a more relaxed and attitude-free gayborhood alternative to Boystown.

"Midsommarfest is really reflective of the neighborhood, which is why I think it is so special," Jason Cox, Associate Director of the Andersonville Chamber of Commerce told ChicagoPride.com. "I can't tell you how often I hear from vendors who are from outside the area or even Chicago how nice everyone is at Midsommarfest. Keep in mind these are people who oftentimes do a different festival every weekend, so when they say things like 'you have the nicest crowds' or 'this is always my best event of the year,' that means something."

For the first time last year, Midsommarfest added Friday night to the normal Saturday/Sunday line-up, featuring one stage for music and a smaller selection of booths and vendors located between Catalpa and Balmoral. This opening night celebration returns to the same block between 5 and 10 p.m. this year to raise funds for the Andersonville Development Corporation, who works to create a more sustainable business district in Andersonville.

"Friday night was a tremendous success -- you never know how something new is going to go, and I think all of us were taken aback by the size of the crowd who came out," Cox told ChicagoPride.com after last year.

He also added: "festivals are always risky because if the weather isn't good, it can be really bad for the sponsoring organizations, so doing Friday night spreads that risk out a little bit."

Also returning this year is the Out Rock stage, located at Clark and Balmoral and sponsored by Hamburger Mary's and Gay Chicago TV. Largely organized by Chicago singer-songwriter Stephen Leonard, the stage is named for his show that premiered on Gay Chicago TV last December and connects the LGBT community with original singers and songwriters through interviews and intimate performances.

"We're bringing a very intimate, passionate experience to the summer fest scene," Leonard told ChicagoPride.com. "Audiences don't hear what we're producing at any other stage -- it's almost like discovering an album before any of your friends. These Out Rock Stage artists are all on the brink of breaking through to larger audiences and it's a very special vibe."

The stage is going full blast this year, so in addition to featuring some incredible solo and acoustic acts, it's also featuring a few full band set-ups and will include a heavier rock'n'roll sound. The bands include Software Giant, Sami Grisafe Band and the premiere of Leonard's own new band, The New Class. After the live acts have performed, DJ Voxbox and DJ Moose will take over the block for the remainder of the night.

Saturday will also feature a performance by singer-songwriter Eric Himan, who is coming up from Oklahoma in support of his new single "Red Hot Tears." For those who haven't heard of him, Himan is gay musician who has been out and open about his sexuality since his debut back in 2000. Cox and Leonard are especially proud to be bringing this national gay act to Midsommarfest, especially after an

This year's festival features entertainment on all five stages for the entire weekend. Acts vary from Swedish entertainment (including the premier of ABBA cover band ABBA Salute on Saturday night) to kid's entertainment, local acts to DJs and longtime festival favorites like The Joans, 16 Candles, the Chicago Spirit Brigade and the Windy City Cowboys. The two blocks between Catalpa and Balmoral will open on Friday night from 5 to 10 p.m., with the rest of the festival running Saturday and Sunday from 11 a.m. to 10 p.m. For more information and a complete stage line-up, visit www.andersonville.org/midsommarfest.