Emanuel: ‘The clock is ticking' on marriage equality 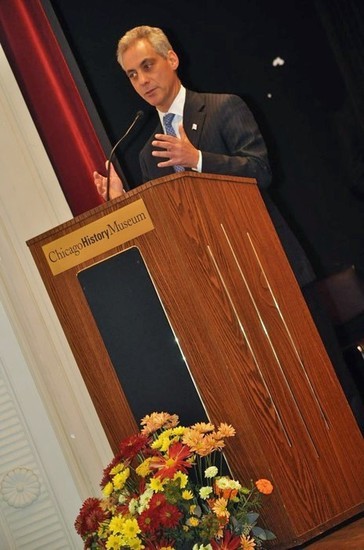 "The clock is ticking," wrote Emanuel. "The House is poised to vote on the Religious Freedom and Marriage Fairness Act in the coming days. And I know from talking with several of my friends in Springfield that some members of the House still haven't decided which way they'll vote."

In November Emanuel listed marriage equality as the third priority - behind pension reform and a Chicago casino - he'd like to see Springfield tackle in the upcoming legislative session. At that time Emanuel said he planned to get "very involved" in passing marriage equality.

The email sent Monday was part of an ongoing campaign from the Illinois Unites for Marriage coalition formed by Equality Illinois, Lambda Legal and ACLU of Illinois.

Last week the group shared a similar message from Illinois Rep. Greg Harris (D-Chicago), the House sponsor of the Religious Freedom and Marriage Fairness Act. Harris said he is "prepared to put it all on the line."

Senate Bill 10 passed out of the House Executive Committee on Feb. 26. The measure awaits a full House vote, which is the final hurdle before it reaches Gov. Pat Quinn's desk to be signed into law.

Democrats hold a large majority in the House, but not all Democrats support marriage equality. Harris remains confident the measure will receive the necessary 60 votes when called for a floor vote. No date has been set yet.

Gay rights advocates continue to urge supporters to contact their representatives in support of marriage equality.

If approved, Illinois would become the tenth state to legalize same-sex marriage.

Related: State Rep. Harris ‘prepared to put it all on the line' in final push for marriage bill

On the Web: Illinois Unites for Marriage, Find your representative