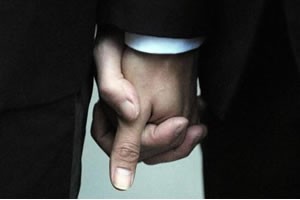 Chicago, IL - The Roman Catholic Church in Illinois has begun rolling out a campaign to kill a gay marriage bill in Illinois.

Chief sponsors of the bill said last week that they will push for a vote next month during the General Assembly's lame-duck session.

"The timing is right for us to push this," Harris said on Thursday.

Governor Pat Quinn said this week that he hopes to sign the marriage bill into law.

Last month, Catholic Conference of Illinois, the policy arm of the Catholic Church in Illinois, issued a Marriage Toolkit, in which it outlined resources and talking points on the issue for Catholics.

Most of the resources listed come from the church itself, such as the United States Conference of Catholic Bishops' (USCCB) Marriage Unique for a Reason website. Also promoted is the Ruth Institute, a project of the National Organization for Marriage (NOM), whose founder and president, Dr. Jennifer Roback Morse, has argued that marriage equality is mostly about making gay couples feel "a certain way" and would allow "mentally unstable" heterosexuals to marry someone of the same sex.

"If you just think about the future of a society, there really isn't any future in sodomy," Morse recently told supporters in a podcast. "Sodomy cannot produce children. So that's a little odd to say that we're on the wrong side of history, they're on the right side of history."