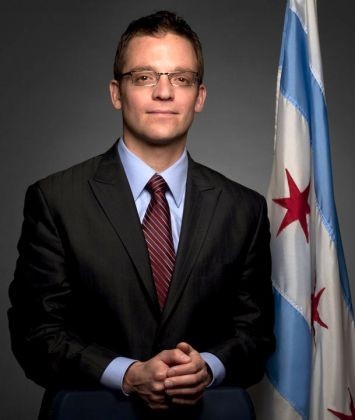 Survey: One fifth of all transgender respondents had been harassed or assaulted by police

Chicago, IL - Alderman Proco Joe Moreno (1st) Wednesday introduced a transgender police ordinance to the City Council that will establish a commission to handle and ensure the protection of transgender people while in police custody.

If passed, the ordinance would set guidelines for officers to follow while handling transgender people. Police officers would also be required to undergo training with regards to how to deal with transgender individuals in their custody.

Language in the original proposal included the creation of an 11-person transgender issues commission in the police department. The Commission was cut from the ordinance presented Wednesday.

Moreno said he does expect the ordinance to pass.

"This ordinance will ensure that when a transgender individual is at their most vulnerable, in the custody of police, that they are treated with the same respect as any other person, and are not victimized because they are living their life authentically," said Anthony Martinez, executive director of The Civil Rights Agenda (TCRA).

The proposed ordinance, which was originally slated to be introduced Feb. 15, follows a number of complaints from the transgender community on how they have been treated by police.

"It's a human rights issue," Moreno previously told Windy City Times, adding that the ordinance is intended to address a "hole in the policy of the police of Chicago."

A Chicago LGBT Citywide Coalition, including the Lakeview Action Coalition (LAC) and TCRA, have pushed for the policy for over two years.

A 2011 National Transgender Discrimination Survey, conducted by the National Gay and Lesbian Task Force and the National Center for Transgender Equality, found that over half of respondents said they felt uncomfortable seeking police assistance.

"One fifth of all transgender respondents had been harassed or assaulted by police officers, and that statistic was much higher for people of color — 60% for Black transgender folks," stated Rick Garcia, policy advisor for The Civil Rights Agenda. "Obviously, this must change."

The survey showed a lack of protections nationwide, indicating Chicago is not alone with regards to police treatment of transgender people.