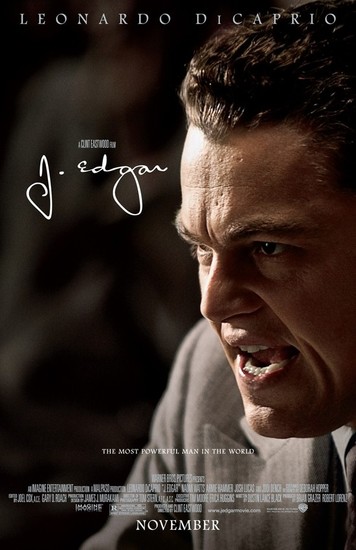 Los Angeles, CA - The Gay & Lesbian Alliance Against Defamation ( GLAAD ) has announced the nominees for its 23rd Annual GLAAD Media Awards. By recognizing and honoring media for outstanding images of the LGBT community, the GLAAD Media Awards serve as a benchmark for the media industry and complement GLAAD's work to bring LGBT images and stories to Americans.

"As media continue to tell new stories about LGBT people and families, a majority of Americans now support full equality of LGBT Americans," said Mike Thompson, GLAAD's Acting President. "This year's nominees enlighten and entertain, while spotlighting the diversity of our community. Audiences expect to see their own worlds reflected in media, and today more than ever, those include the lives of LGBT people. Viewers know that LGBT characters and stories are simply natural extensions of, and glimpses into, their own experiences from across America."

The GLAAD Media Awards ceremonies will be held in New York on March 24, 2012 at the Marriott Marquis in Times Square; in Los Angeles on April 21 at the Westin Bonaventure; and in San Francisco on June 2 at San Francisco Marriott Marquis. Special Honorees for each city will be announced in the coming weeks.

To receive the latest updates on the GLAAD Media Awards, follow @glaad and use the hashtag #glaadawards.

The GLAAD Media Awards recognize and honor media for their fair, accurate and inclusive representations of the lesbian, gay, bisexual and transgender community and the issues that affect their lives.

The 23rd Annual GLAAD Media Awards nominees were published, released or broadcast between January 1, 2011 and December 31, 2011. Nearly 1,000 media projects were considered by over 85 volunteers serving on seven nominating juries. Each year, the GLAAD Media Awards in New York, Los Angeles and San Francisco bring together more than 5,000 supporters to raise nearly $3.5 million for the organization's work.

Outstanding Individual Episode ( in a series without a regular LGBT character )

"The Boy Has Style" Are We There Yet?, TBS

The World's Worst Place to be Gay?, Logo

We Were Here, Red Flag Releasing

Dancing with the Stars, ABC

"Coming Out on the Oprah Show: 25 Years of Unforgettable Guests" The Oprah Winfrey Show, syndicated

Days of Our Lives

"Finding Home" In the Life, PBS

"Kye Allums" Outside the Lines, ESPN

"Coming Out to America", by Melanie Asmar, Westword [ Denver, Colo. ]

"Even on Religious Campuses, Students Fight for Gay Identity", by Erik Eckholm, The New York Times

"Led by the Child Who Simply Knew", by Bella English, The Boston Globe

"15th Anniversary of the Passage of the Defense of Marriage Act" ( series ) , by Chris Geidner, Metro Weekly

"The Secret I Don't Want to Keep Anymore", by Janet Mock as told to Kierna Mayo, Marie Claire

"Adam and Pete: Love in a Time of War", by Max J. Rosenthal, HuffingtonPost.com

"Black and Transgender: A Double Burden", by Kellee Terrell, TheRoot.com

"Soldier Leaves Legacy Much Larger Than 'He Was Gay'", by Wayne Drash, CNN.com

"What are Little Boys Made Of", by Jim Burroway, BoxTurtleBulletin.com

"Coming Out", by Sarah Kramer, NYTimes.com

"Injustice at Every Turn", ITLMedia.org

Girl in a Coma, Exits & All the Rest, Blackheart Records

Hunx and His Punx, Too Young to Be in Love, Hardly Art

House of the Rising Son, by Tom Jacobson

Killer Queen: The Story of Paco the Pink Pounder, by Peter Griggs

No Word in Guyanese for Me, by Wendy Graf

Who's Your Daddy?, by Johnny O'Callaghan

Priscilla Queen of the Desert: The Musical, by Stephan Elliott and Allan Scott

Sons of the Prophet, by Stephen Karam

The Intelligent Homosexual's Guide to Capitalism and Socialism with a Key to the Scriptures, by Tony Kushner

She Kills Monsters, by Qui Nguyen

The Dog and Pony Show ( Bring Your Own Pony ) , by Holly Hughes