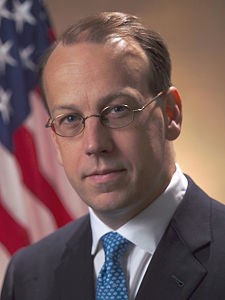 DOMA, which was passed in 1996 under President Clinton, defines marriage as being between one man and one woman. There are several cases pending over whether it's constitutional.

Boehner sent House Minority Leader Nancy Pelosi a letter justifying this course of action on Monday: "The burden of defending DOMA, and the resulting costs associated with any litigation that would have otherwise been born by DOJ, has fallen to the House. Obviously, DOJ's decision results in DOJ no longer needing the funds it would have otherwise expended defending the constitutionality of DOMA."

"Not only are House Republican leaders defending the indefensible, they've brought in a high priced attorney to deny federal recognition to loving, married couples," said Human Rights Campaign President Joe Solmonese. "Speaker Boehner appears ready to go to great lengths, and the great expense of a high-power law firm, to try to score some cheap political points on the backs of same-sex couples."

Clement was Solicitor General for the most recent Bush Administration.