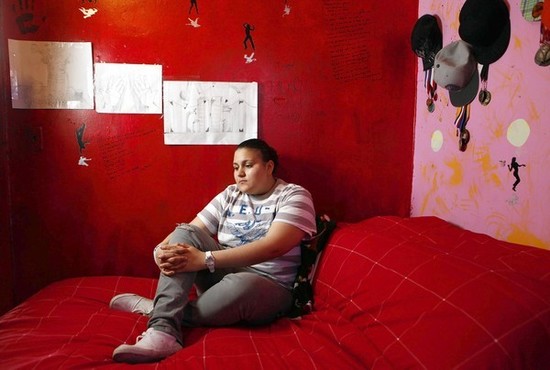 photo credit // michael tercha of the chicago tribune
Maywood, IL - An openly lesbian high school senior from Illinois won the right to wear a tuxedo to her prom after the school district was contacted by the American Civil Liberties Union.

Belinda Sanchez was told by her principal, Milton Patch, that she would not be able to wear a tuxedo to the Proviso East High School prom.

Sanchez, who felt supported by her school since coming out lesbian her freshman year, said she was shocked by the decision.

The ACLU stepped in and sent a letter to the school.

"This sends a negative message to other students that they can't express who they are," said John Knight, director of the LGBT Project at the ACLU. "It's a First Amendment right, a free speech right, and that includes her right to send a message through wearing male clothing that she doesn't think women should be restricted to traditional female clothing."

The school has decided to allow Sanchez to wear a tuxedo to the prom on April 22.

I'm happy," she told the Chicago Tribune. "I didn't just stand up for myself. I did this for everyone who's in a position like I'm in."