Jeremy Pope plays a closeted marine in 'The Inspection' 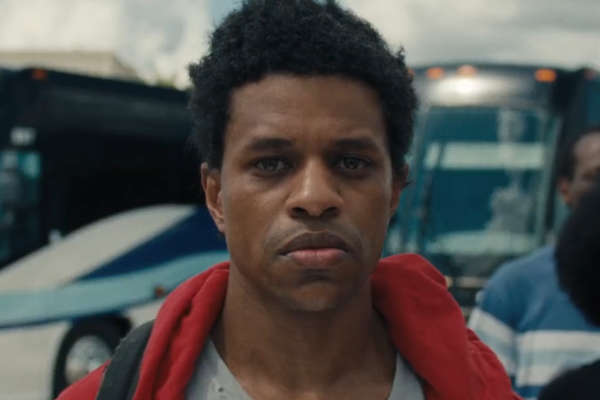 Jeremy Pope will play a closeted marine in A24's upcoming film The Inspection.

Pope is best known for playing Christopher in FX's Pose and Archie Coleman in Netflix's Hollywood. On the stage, he played a young gay man in Tarell Alvin McCraney's Choir Boy.

The Inspection is based on Elegance Bratton's own story of a young gay man rejected by his mother who decides to join the Marines. Bratton spent 10 years on the streets before joining the Marines.

"In Elegance Bratton's deeply moving film inspired by his own story, a young, gay Black man, rejected by his mother and with few options for his future, decides to join the Marines, doing whatever it takes to succeed in a system that would cast him aside," the film's synopsis reads. "But even as he battles deep-seated prejudice and the grueling routines of basic training, he finds unexpected camaraderie, strength, and support in this new community, giving him a hard-earned sense of belonging that will shape his identity and forever change his life."

Pope has previously described himself as sexually fluid.

Rounding out the cast are Gabrielle Union, Raul Castillo, and Bokeem Woodbine.

The Inspection will have its world premiere next month at the Toronto International Film Festival. The film releases on November 18.