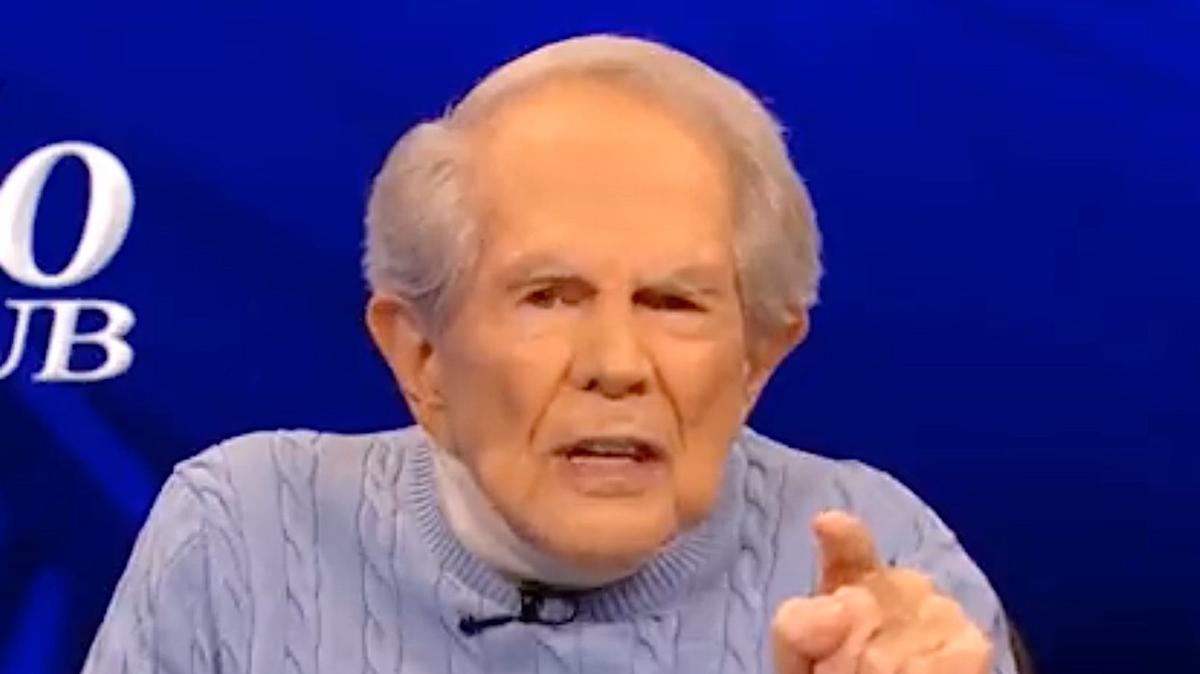 The millionaire televangelist says Putin is being guided by God

Pat Robertson, the 91-year old Christian televangelist known for his impassioned hatred of what he calls the LGBTQ "lifestyle," came out of retirement to comment on the Russian war against Ukraine.

Robertson, who believes that the prophesied "Second Coming of Jesus" will happen soon, went on his The 700 Club television program to say Russian President Vladimir Putin is being "compelled by God."

The millionaire former Republican presidential candidate argued that the Ukraine war is just a phase of an upcoming greater battle in Israel between God and evil.

He says Putin is following the guidance of God to bring about what has been prophesied, in accordance with Robertson's interpretation of the Bible.

"He's being compelled by God," Robertson insisted on the show he hosted for 55 years. "He went into the Ukraine, but that wasn't his goal. His goal was to move against Israel ultimately."