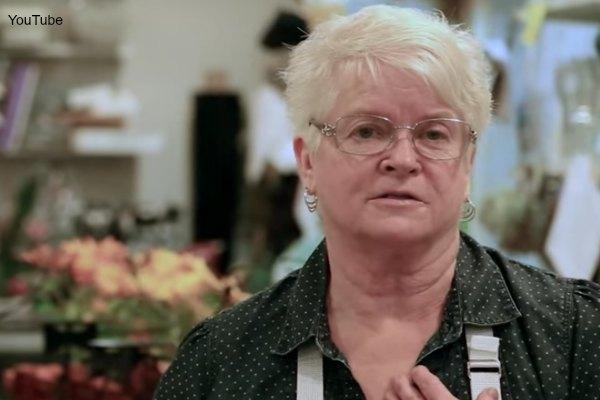 The Washington state florist who refused to serve a gay couple has agreed to settle with the men.

Barronelle Stutzman, the owner Arlene's Flowers & Gifts in Richland, Washington, will pay a $5,000 settlement to the couple and has agreed to withdraw her appeal to the U.S. Supreme Court. The couple, Robert Ingersoll and Curt Freed, announced that they would donate and match the settlement to their local PFLAG chapter.

Stutzman in 2013 refused to serve Ingersoll when he attempted to purchase flowers for his upcoming marriage to now-husband Freed. Stutzman said that providing the service would be a violation of her faith.

In 2015, she was found guilty of violating the state's anti-discrimination and consumer protection laws and ordered to pay a $1,000 fine, plus $1 for court costs and fees. Washington's highest court twice upheld the ruling.

Stutzman appealed the ruling to the U.S. Supreme Court. The high court in July refused to hear the case. Lawyers representing Stutzman had asked the high court to reconsider.

In a letter posted on the ADF website, Stutzman said that she refused service to her “dear friend Rob” because she “could not betray” her conscience. “But I am willing to turn the legal struggle for freedom over to others. At age 77, it's time to retire and give my business to someone else,” she wrote.

Ingersoll and Freed were represented by the American Civil Liberties Union (ACLU).

In a statement released by the ACLU, the couple said that they were “thankful that this long journey for us is finally over.”

“We took on this case because we were worried about the harm being turned away would cause LGBTQ people,” they said. “We are glad the Washington Supreme Court rulings will stay in place to ensure that same-sex couples are protected from discrimination and should be served by businesses like anyone else. We are also pleased to support our local PFLAG’s work to support LGBTQ people in the Tri-Cities area. It was painful to be turned away and we are thankful that this long journey for us is finally over.”