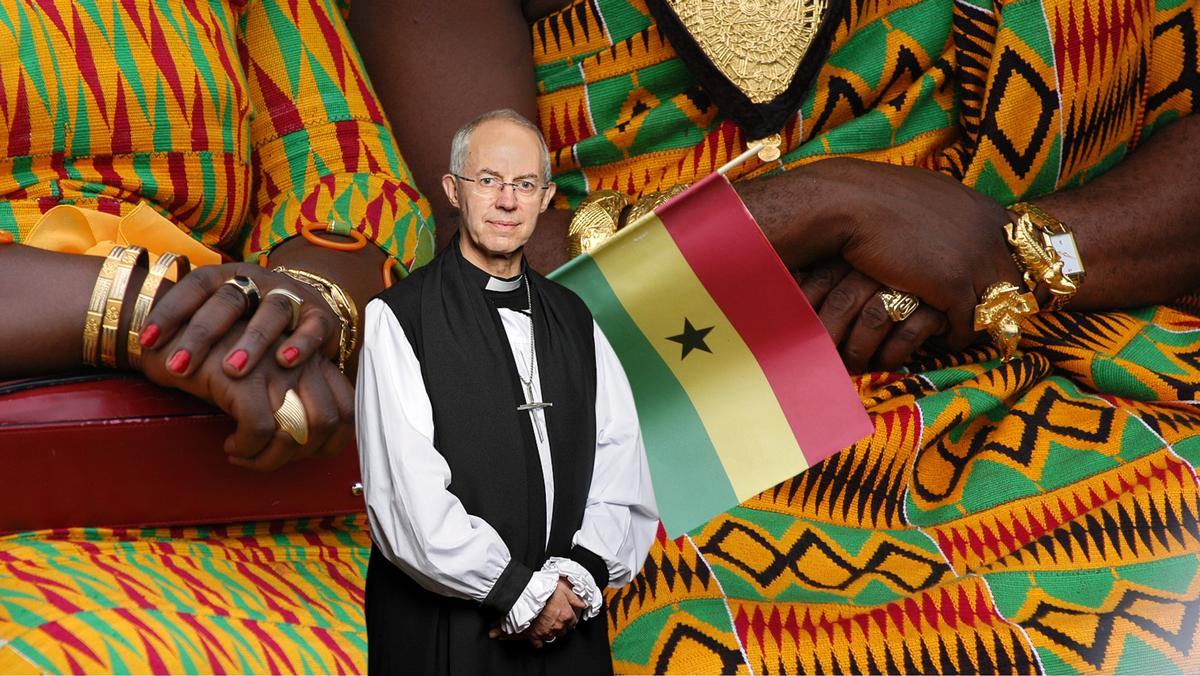 the archbishop of canterbury

The Church of England, most famous for its founding under King Henry VIII, has taken the rare step of criticizing fellow bishops in the African nation of Ghana for its support of harsh anti-LGBTQ law.

The leaders of the worldwide Anglican denomination (of which the Episcopal Church in the U.S. is a part) argued against the active, concerted effort of their fellow African bishops and priests to criminalize being LGBTQ in Ghana.

Archbishop Justin Welby of Canterbury and archbishop Stephen Cottrell of York laid out their criticisms in a Tweet.

Abp. Welby tweeted, "I am gravely concerned by the draft anti-LGBTQ bill due to be debated by the Ghanaian parliament. I will be speaking with the Archbishop of Ghana in the coming days to discuss the Anglican Church of Ghana's response to the bill."

While noting that a majority of Anglicans around the world, with exception to Episcopalians in the U.S., do not support marriage equality, Abp. Welby said that LGBTQ people must be defended against persecution.

"They are loved by God and that all baptized, believing and faithful persons, regardless of sexual orientation, are full members of the Body of Christ," Abp. Welby wrote in his official letter.

"Primates of the Anglican Communion have stated their opposition to the criminalization of same-sex attracted people: most recently, and unanimously, in the communique of the 2016 Primates' Meeting," he continued.

"I remind our brothers and sisters in the Anglican Church of Ghana of these commitments."

While Elizabeth II, who is Queen of Ghana, is also the head of the Church of England, she is required by law to remain silent on political matters such as legislation in Ghana.