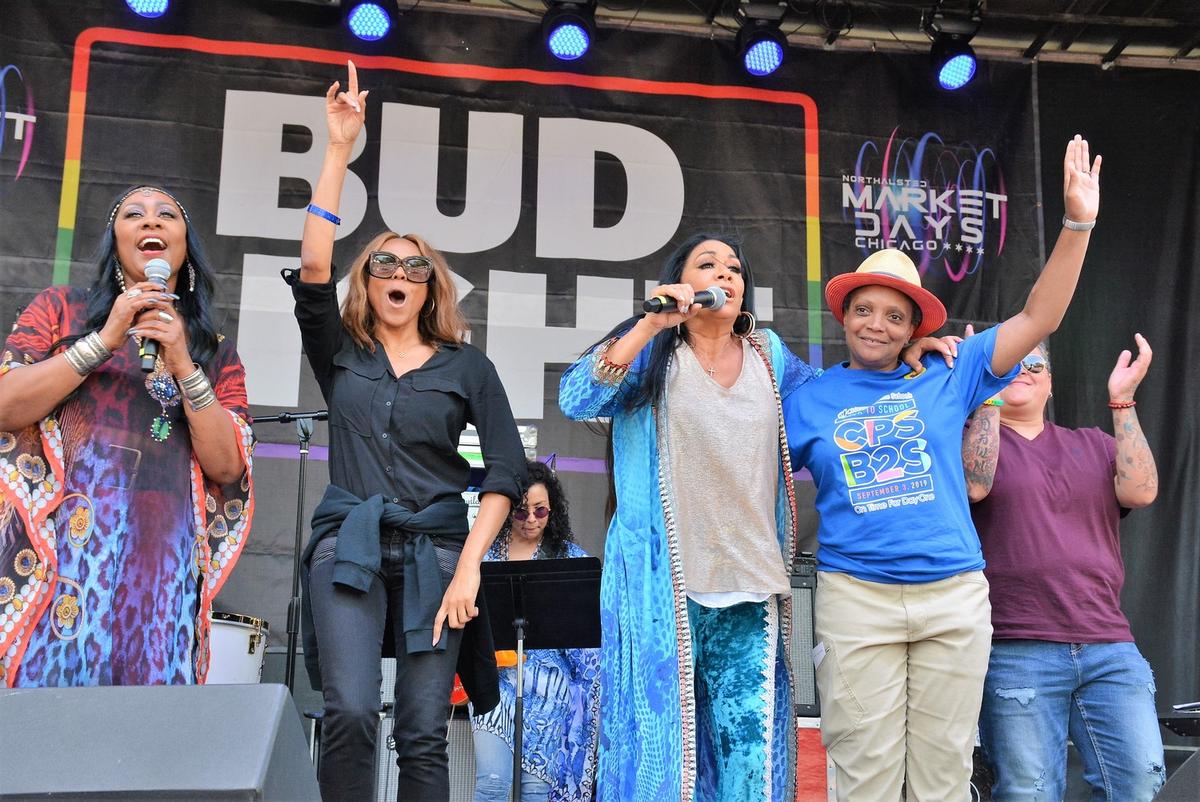 The City of Chicago confirmed with GoPride.com that it has no intentions of telling Northalsted Business Alliance to cancel Market Days, which markets itself as the largest street festival in the Midwest. The event which stretches the length of what is popularly called "Boystown," will go on with music performances, food booths, and special deals at various bars, nightclubs, shops, and eateries.

GoPride.com asked the office of Mayor Lori Lightfoot if there were any last minute plans to pull the plug on the event. The publication was referred to what was outlined at Sunday's press conference with Dr. Allison Arwady, the city's commissioner of public health, and the mayor.

Essentially, the message is that the City of Chicago will remain open and there are no plans to shut down the city. This means public events like Market Days and the Chicago Pride Parade on October 3 will go on as planned—and bars, restaurants, sports stadiums, and other venues will remain open.

"We have no goal or current plans to close down Chicago again, but we need people, please, once again to step up," Dr. Arwady said.

Stepping up includes calling on all to push friends and family to get vaccinated.

And according to Howard Brown Health, the most well-known LGBTQ health provider in the region, this also means wearing a mask when around other people no matter their vaccination status.

And even then, Howard Brown Health decided to nix its own participation in Market Days and the Pride parade.

In response to Howard Brown Health's recommendations, numerous bars and nightclubs are reintroducing vaccination requirements for entry this week. Many are requiring patrons to show proof of vaccination to enter their businesses.

Also, Northalsted Business Alliance announced that it will offer free COVID-19 testing ahead of Market Days and at the gates via Northshore Clinical Labs. Northshore has been providing testing at nursing homes, municipalities, school districts, and other private businesses during much of the pandemic.

Pre-festival testing will happen starting Wednesday, August 4 at Center on Halsted, 3656 N. Halsted St., from 12 to 7 p.m. Results are expected within 24 hours, according to Northshore.

As of last Friday, there were more than 200 new SARS-CoV-2 cases per day with an average of one death per day. The Centers for Disease Control and Prevention (CDC) has classified metropolitan Chicago as an area with "substantial transmission" of COVID-19.

But Dr. Arwady emphasized that about "99.9 percent" of Chicago's vaccinated population have not been diagnosed with having the novel coronavirus nor its variants like Delta.