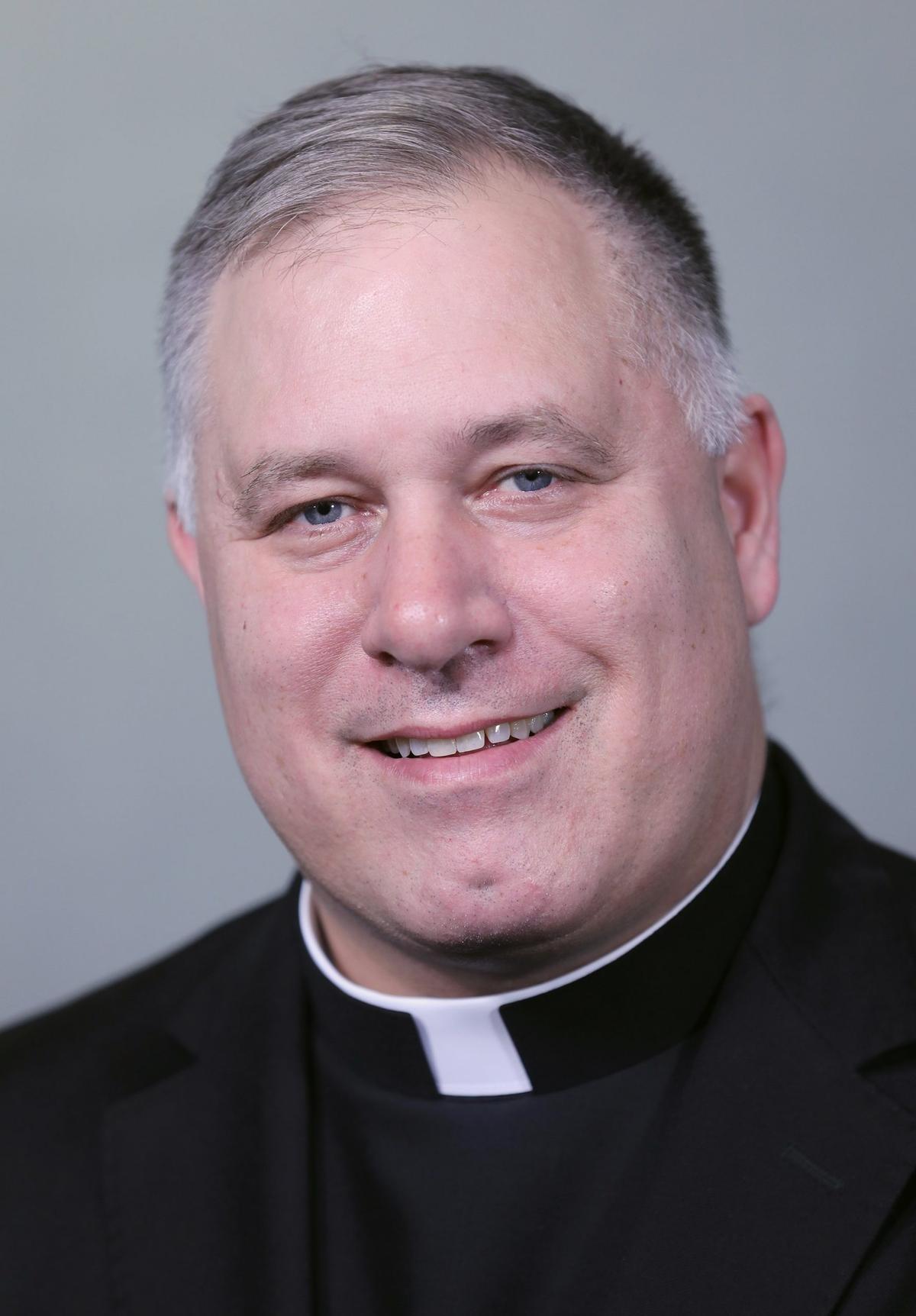 Rev. Jeffrey Burrill of Wis. was the principal voice for USCCB against the Equality Act

The U.S. Conference of Catholic Bishops (USCCB) has been at the heels of President Joe Biden for his support of marriage equality, transgender rights, and most critical to them, women's reproductive rights. They are also against the passage of the Equality Act, sweeping federal protections for LGBTQ Americans.

Its highest ranking priest, General Secretary Rev. Jeffrey Burrill, is from La Crosse, Wis. and was elected in November 2020 to his role. Prior to that, he was associate general secretary since February 2016.

He holds the title of monsignor, an honor bestowed by the Vatican for priests who hold leadership roles in a diocese or region.

He is considered the highest ranking priest in the U.S. who is not a bishop.

When the USCCB voted to approve a document in June saying Communion should be denied to Catholics who espouse abortion rights, like the first sitting U.S. president since John Kennedy and the current House Speaker, Rev. Burrill was tasked with making the announcement.

As the USCCB forged ahead with its attempts to clean up its child sex abuse scandal, Rev. Burrill was the body's public voice.

As the House passed the Equality Act and sent the bill to the U.S. Senate, Rev. Burrill was the bishops' spokesman against the law to preserve their "religious liberty rights."

His voice has been silenced.

Rev. Burrill stepped down this week after a discovery of his Grindr account and revelations of regular visits to gay bars and nightclubs.

Most Rev. Jose Gomez, archbishop of Los Angeles and president of the USCCB, announced, "We became aware of impending media reports alleging possible improper behavior by Msgr. Burrill. What was shared with us did not include allegations of misconduct with minors."

He continued, "However, in order to avoid becoming a distraction to the operations and ongoing work of the Conference, Monsignor has resigned effective immediately."

Catholic blog The Pillar, which itself is rabidly anti-LGBTQ, was the first to investigate reports of possible impropriety by Rev. Burrill.

The blog was able to find his Grindr account and use its location history. It found his mobile device pinging from the USCCB buildings and his residence, as well as visits to gay nightclubs and people's apartments. They even found prolonged visits to random people's homes during his travels on official USCCB business.

USCCB leadership, including Most Rev. Gomez, met to discuss further action leading to the resignation.

The organization of bishops will elect a new general secretary.

That new officer is expected to maintain the bishops' messaging of denying Communion to Catholic politicians who support abortion, as well as uphold the Church's position against the Equality Act.

Not all members of the USCCB agree with the majority. Cardinal Wilton Gregory, archbishop of Washington, has been criticized by his peers for speaking with President Biden on his own instead of with them.