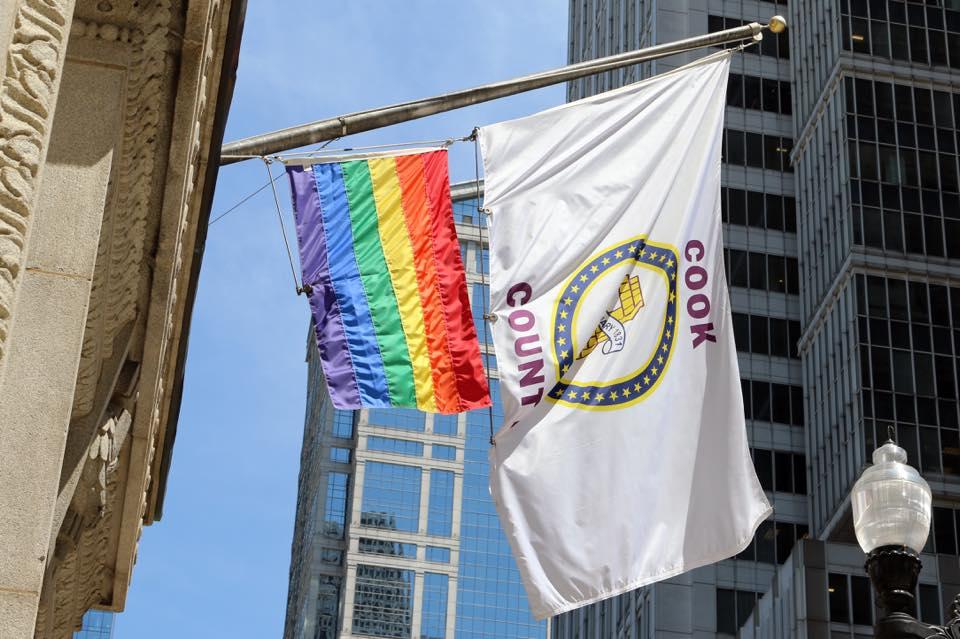 photo credit // facebook.com/cookcountygov
Cook County Board of Commissioners is poised to vote on the Gender Inclusive Documents and Forms Ordinance this week. The law would create a policy affecting how gender is noted on documents filed through Cook County, Illinois.

Morrison explained in a Monday press conference to urge the ordinance's passage, the law would “ban asking a person's sex on forms unless required, and ask both 'sex assigned at birth' and gender identity when a person's sex must be identified.”

Also, the law would “add more gender identity options to documents and forms, including: transgender woman/transfeminine; transgender man/transmasculine; nonbinary/gender nonconforming; and option to fill in; and decline to answer.”

Virginia state Del. Danica Roem (D-13th)—the first openly transgender person to be elected and serve in any of the U.S. state legislatures—offered her enthusiastic support for the measure.

Roem asserted the importance of the ordinance to the overall health and well-being of transgender persons—and a recognition of their dignity and respect for their civil rights.

The effort is also sponsored by the state's largest LGBTQ lobby, Equality Illinois, as well as the Brave Space Alliance—an LGBTQ community center that serves mostly people of color and residents of Chicago's south and west sides.

The Kenneth Young Center of Mt. Prospect, Ill.—a social services organization that also serves as an area LGBTQ center—favors the law's passage. They were represented by Sherrine Peyton, director of Community Collaboration.

Morrison represents suburban Barrington, Elk Grove, Hanover, Schaumburg, and parts of Palatine and Wheeling. He is vice chair of the Human Relations committee.

The ordinance will receive a Human Relations committee vote on June 22 at 1:30 p.m. and is expected to receive a full Cook County Board of Commissioners vote on June 24.

Cook County would be one of the pioneers for such a law.

Other counties and municipalities across the country are expected to consider similar measures.