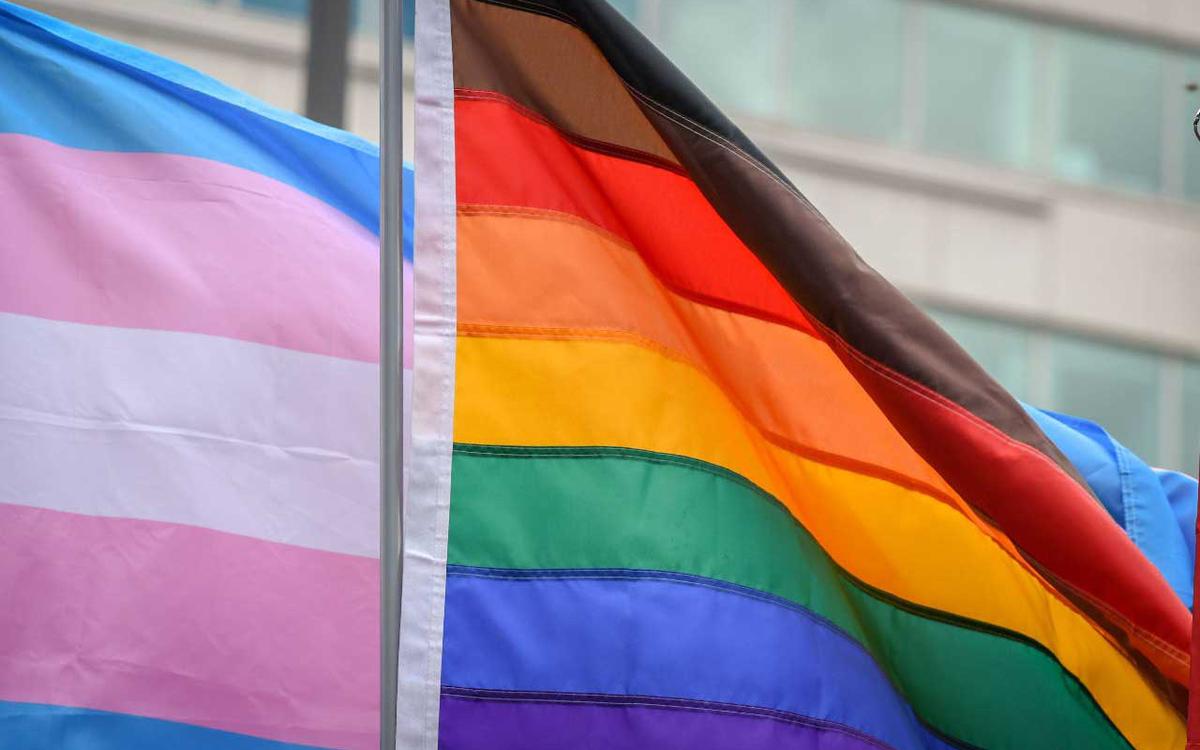 photo credit // kelly burkhardt
Chicago-based Pride Without Prejudice announced that it will reprise its protest march of 2020 on Sunday, June 27—what would have been the original Chicago Pride Parade date.

The march will take place noon at the Belmont 'L' station, 945 W. Belmont Ave. It is the junction of the Red, Brown, and Purple Line Express trains.

Ashabi Owagboriaye and Andy Thayer have branded the march the “People's Pride.”

“[The march will replace] the parade of corporations and politicians traditionally held on that date,” the organizers said in a statement to GoPride.com. “[It] will focus on community members—especially Black and trans people, who are typically marginalized or tokenized at white-led Pride events.”

“This year's events will again unapologetically highlight issues of racism, police violence, and the obscene amount of money spent on militarized police, and a military which polices much of the world,” they continued. “In so doing, participants will be honoring the rich, but largely forgotten history of the 1969 Stonewall Rebellion which rebirthed the worldwide LGBTQ movement.”

Pride Without Prejudice, partly an outgrowth of Andy Thayer's Gay Liberation Front—which has in the past two decades protested the Afghanistan invasion, the subsequent Iraq War, immigration injustice during the Bush, Obama, and Trump administrations—is making demands through this demonstration march.

It wants to “reclaim Pride from white profiteers and huge corporations and return it to the people, especially our Black and brown communities,” they said.

It wants to refocus the Pride conversation back to its origins—by Black, brown, and transgender pioneers who violently fought back from their oppressors.

It wants local LGBTQ bars and clubs to “showcase and feature” Black, brown, transgender, non-binary, and other underrepresented groups in their promotions and programming.

It wants Chicago to “defund the police”—a nationwide call for reprioritization of money that has gone toward police and its vendors—and use the money in communities through programming that benefit neighborhoods.

It wants “community control of the police with an elected civilian police accountability council that can promptly fire brutal cops and the police superintendent.”

It wants to abolish the Immigrations and Customs Enforcement—a federal agency that polices immigrants and enforced deportation orders.

It wants the justice system to decriminalize sex work.

It wants justice for transgender persons who have been murdered.

Thayer has long made these demands at every Pride parade Gay Liberation Front has marched in. He has also made these same demands at other organized demonstrations throughout the City of Chicago.

GoPride.com has asked the Chicago Police Department for comment about some of these demands. They have not responded to our email.

Related: Chicago Pride Parade a no-go for June, set to step-off in October 2021