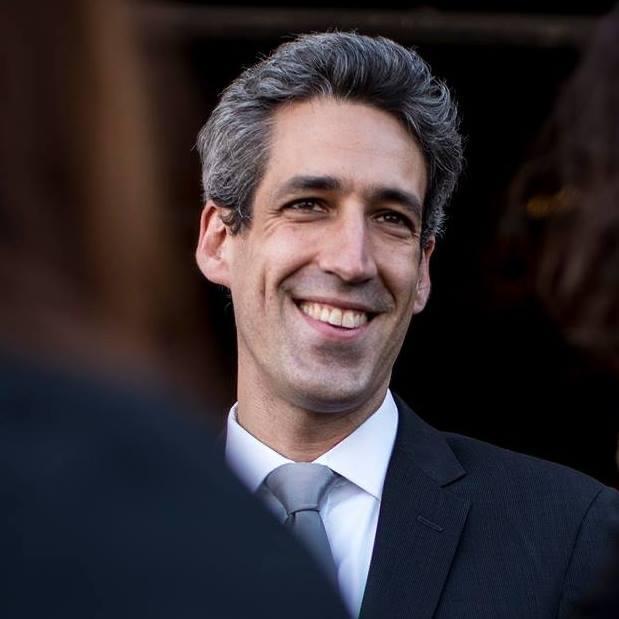 Daniel Biss, former math professor and Illinois legislator, became the 20th mayor of Evanston on May 10.

The 43-year old was carried into office with progressive bona fides—including his notable role in passing Illinois marriage equality in 2013.

A failed candidate for governor in 2018, Bisssuccessfully mobilized a deep bench of activist followers and funders to take the reins from retiring Steve Hagerty—the first Evanston mayor to serve a single term since 1941.

In 2013, Biss took to the Illinois Senate floor to share a story about his then-four year old son asking about the difference between Biss’ marriage to his wife, and the civil partnership of family friends, former Evanston Ald. Mark Tendam (6th) and now-husband Neal Moglin.

“It is not impressive that a 4-year-old would see all couples as equal,” Biss said at the time. “It will be impressive when we see that of a 14-year-old.”

The Senate bill for marriage equality passed on a 34-21 vote. The House followed suit.

Biss’ progressive agenda was launched on his first day with policing—in the wake of federal civil rights charges being brought against Derek Chauvin related to his murder of George Floyd, and the shooting of Jacob Blake in Kenosha, Wis.

Blake’s family is well known in the Evanston faith community.

“To ensure that we get a quick start on what may be the most difficult project of all, I will be announcing the creation of a Reimagining Public Safety Committee,” Biss said on Monday.

“The committee, which I will chair, will conduct a holistic, data-driven analysis of everything we do to provide for public safety and make community-informed recommendations in time to be incorporated into the 2022 City budget.”

During the campaign, Biss said that policing has a history of systemic racism.

He shared that policing has roots in “an unrelenting effort to control Black and brown bodies and protect the property of white people.”

These organizations have a history of working on race and ethnicity issues, LGBT issues (many have LGBT leaders within their organizations), and with youth and young adults.

Biss will be working with less money in his first year as mayor.

Some services were cut and several key positions will remain vacant to save money. For example, the records operator, service desk officers, a towing coordinator, assistant communications coordinator, a police commander position, will either be unfilled or eliminated from the Evanston Police Department. A firefighter/paramedic position will remain vacant.

Economic impacts due to the coronavirus pandemic will remain through the current year—a crisis that Bissand the nine-member City Council will have to manage.

Also, at issue in the realm of diversity, equity, and inclusion is the adoption of reparations for BlackEvanstonians.

Evanston is the first city in America to enact reparations in some form.
daniel biss
evanston