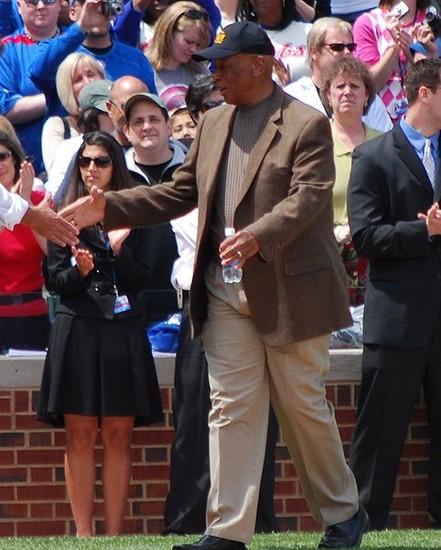 Brent Sopel still participating despite trade from the Blackhawks

Chicago, IL - The Chicago Cubs have made the bold decision to enlist "Mr. Cub" Ernie Banks to represent the team at the 41st annual Chicago Pride Parade this Sunday at Noon.

The Cubbies will have a float decked out in a brick-and-ivy motif like Wrigley Field's outfield wall. Wrigley Field is located in Lakeview and shares the same neighborhood as Boystown, Chicago's LGBT neighborhood. This will be the first time the team has participated in the Chicago Pride Parade.

The Cubs are the first Major League Baseball team to have an openly gay owner. Openly-gay Laura Ricketts is a member of the Ricketts family which bought the Cubs last year.

ChicagoPride.com has learned Sopel will still participate in the parade despite being traded.

"Everyone has feelings and everyone is a person," Sopel said. "That's what we continue to promote to our kids. I hope [the gay community] gets equality and what they're looking for."

Chicago's 41st annual Pride Parade steps off at Noon at Belmont and Halsted. The parade will draw thousand of people to the North Halsted area.