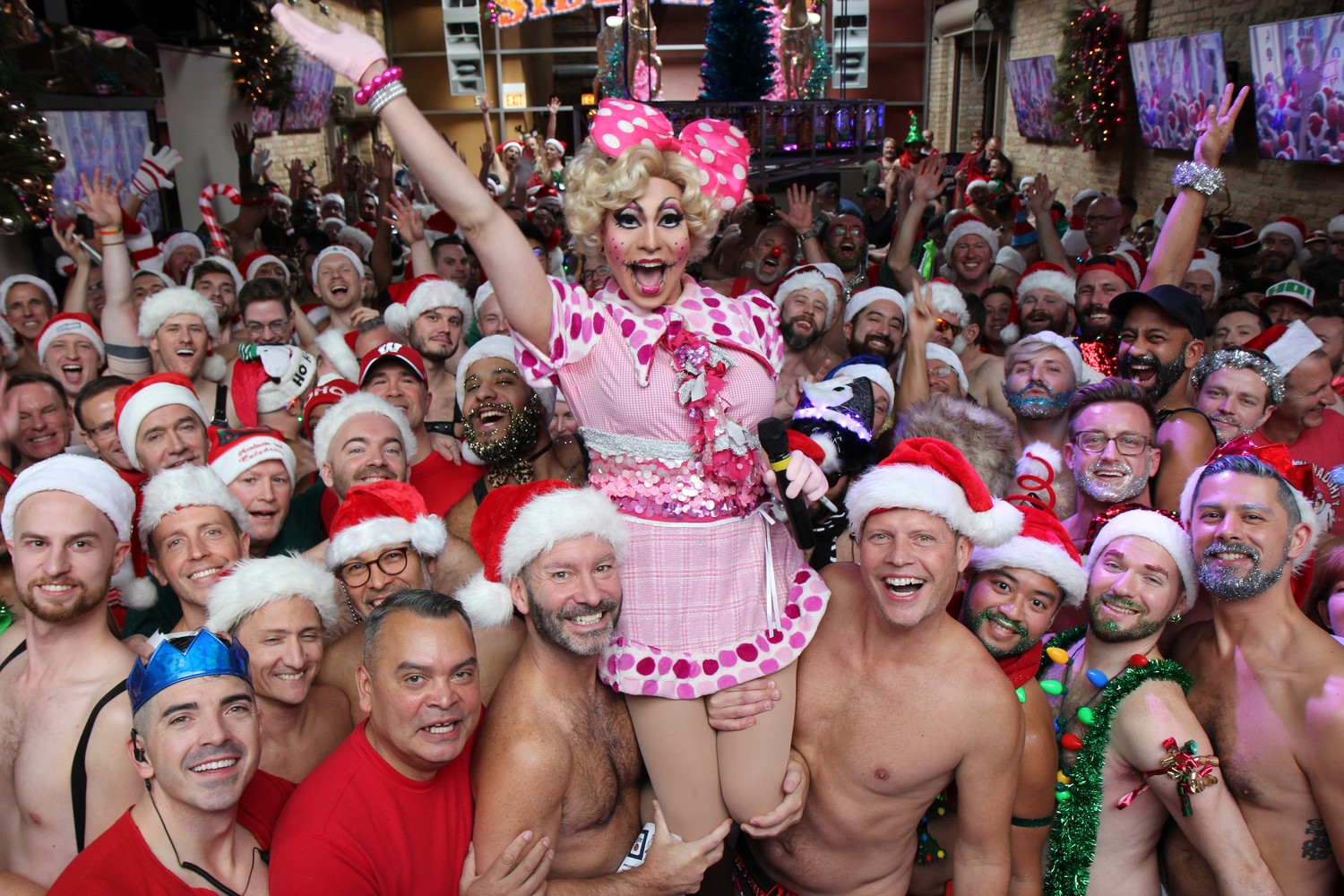 The annual eye-candy-filled Santa Speedo Run drew more than 1,000 attendees last year, with 300 of them running the 1-mile route through Boystown, raising about $80,000.

Organizers predict this's year's fun, festive fundraiser will draw more – attendees and money, which is donated to the Center on Halsted.

Karl Sponholtz and his husband Jeff Colgan are the organizers of the Santa Speedo Run Boystown, which marks its 9th year on Saturday, Dec. 7, with sign-in and registration starting at 12noon – and the 1-mile fun run through Boystown, starting and ending at Sidetrack, set to begin at 2 p.m.

The pre-race festivities include a special Christmas carol, "Jingle Balls," at 1:50 p.m.

The awards, entertainment and door prizes will be presented at 2:30 p.m., with Debbie Fox.

The after-party, from 5-8 p.m., features games and more with Dixie Lynn Cartwright.

"Spectators and runners come dressed in their festive-best, though our Speedo-clad runners tend to get all the well-deserved attention," Sponholtz said. "We've had teams of runners dress as Santa & his reindeer, the Glitter-Bearded Santas, the Hanukkah Harrys, the Abominable Snowmen, the Nutcrackers, and the Sugarplum Fairies, to name a few."

The winter weather has never slowed or stopped the event, and one year it was a frigid 17 degrees. The route is bordered by Halsted, Roscoe, Broadway, and Belmont streets.

"The day is about comradeship and fundraising for the community during the holidays, so we all win," Sponholtz said.

Organizers teamed up with Center on Halsted in 2013 and the event has been held at Sidetrack for the past eight years. "Both have been remarkably helpful with the success of the event; Sidetrack through promoting and sponsorship, COH through volunteer staffing, and providing fundraising infrastructure," Sponholtz said.

"We are expecting a similar-sized crowd (to last year)," Sponholtz said. "I hate setting goals, but thus far we've managed to increase our fundraising beyond the year before; let's hope we can keep that trend going."

There will be a live underwear auction after the run along with other entertainment, door prizes, and other prizes for the highest fundraisers. There are plenty of photo-ops at the event, including Santa's Chair and the North Pole, to name a couple favorites.

Runners who bring in a $25 donation will receive a Santa Sack, filled with goodies including an event t-shirt, $20 gift card to Drew's On Halsted, Laugh Factory tickets, a day-pass to Fitness Formula Club, plus other discount cards to local businesses.  Runners who raise $300 or more get an official Santa Speedo Run Boystown 2019 Speedo or zipper jacket.