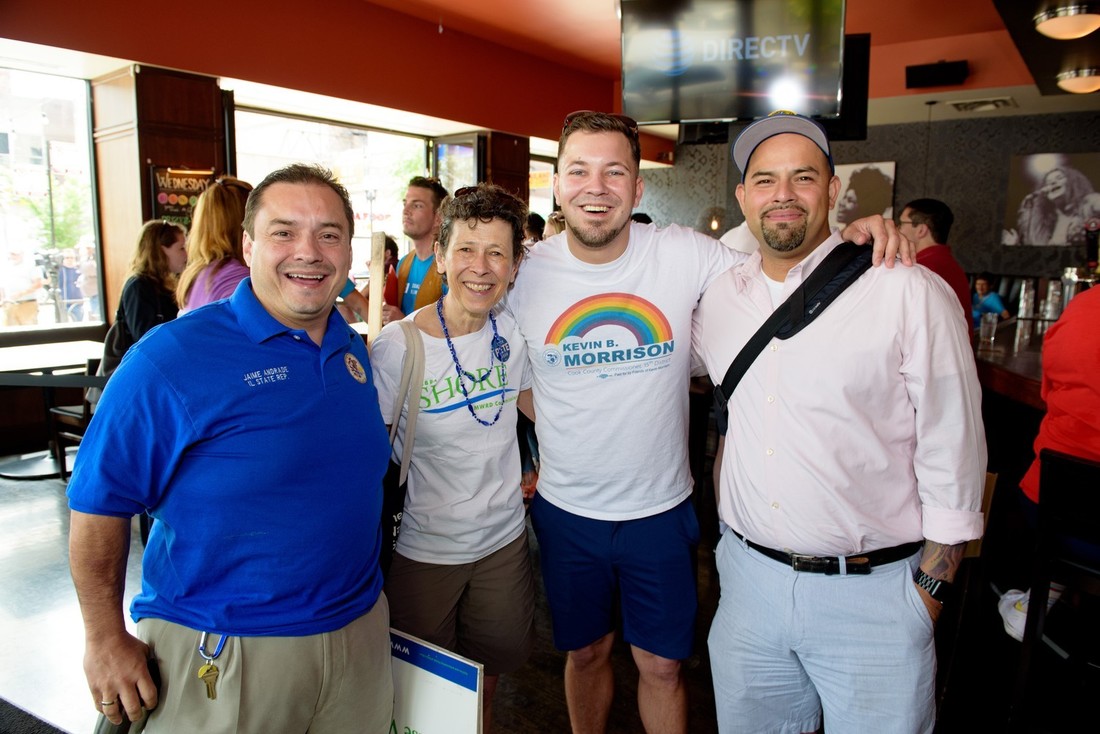 photo credit // steven koch
Barrington, IL - Cook County Commissioner Kevin B. Morrison will participate in the Making Barrington More Welcoming LGBTQ Discussion Panel Tuesday at 7 p.m. at the Barrington Area Library. The panel, which is open to the public, will discuss recent anti-LGBTQ attacks in Barrington and what can be done to address anti-LGBTQ bullying in schools and public spaces and make the community more welcoming.

"The harassment and bullying that members of the LGBTQ community in Barrington have experienced, particularly the two recent incidents, are completely unacceptable. As the first openly LGBTQ Commissioner, I know how demeaning and vulnerable attacks like these can make someone feel because I experienced similar harassment myself," said Commissioner Kevin Morrison. "These attacks are horrible moments in our region's history, but I believe that we have the power to write the next chapter of this story. I believe this panel is the first step to bringing greater equity to our communities."

Commissioner Kevin Morrison will join community leaders, local and statewide LGBTQ activists as well as the parent of one of the students who experienced harassment on Tuesday for the discussion. The panel was organized in response to two anti-LGBTQ incidents of harassment against residents, including a rainbow flag being stolen and replaced with an American flag on the pole outside of a home of an LGBTQ family and the vandalization of an openly LGBTQ high school student's home. The panel discussion is free and open to the public.

Cook County Commissioner Kevin B. Morrison represents the 15th District which includes the Townships of Barrington, Elk Grove, Hanover and Schaumburg, as well as parts of Palatine and Wheeling Townships. He is the first and only openly LGBTQ Commissioner to sit on the Cook County Board. A native of Elk Grove Village with a background in public service, Commissioner Morrison serves as Vice Chair of the Human Relations and Tax Delinquency committees and his core issues include improving access to mental health services and providing development opportunities and support for small businesses. For information, please contact the Commissioner's office by calling ( 312 ) 603-6388 or visiting commissionerkevinbmorrison.org/ .