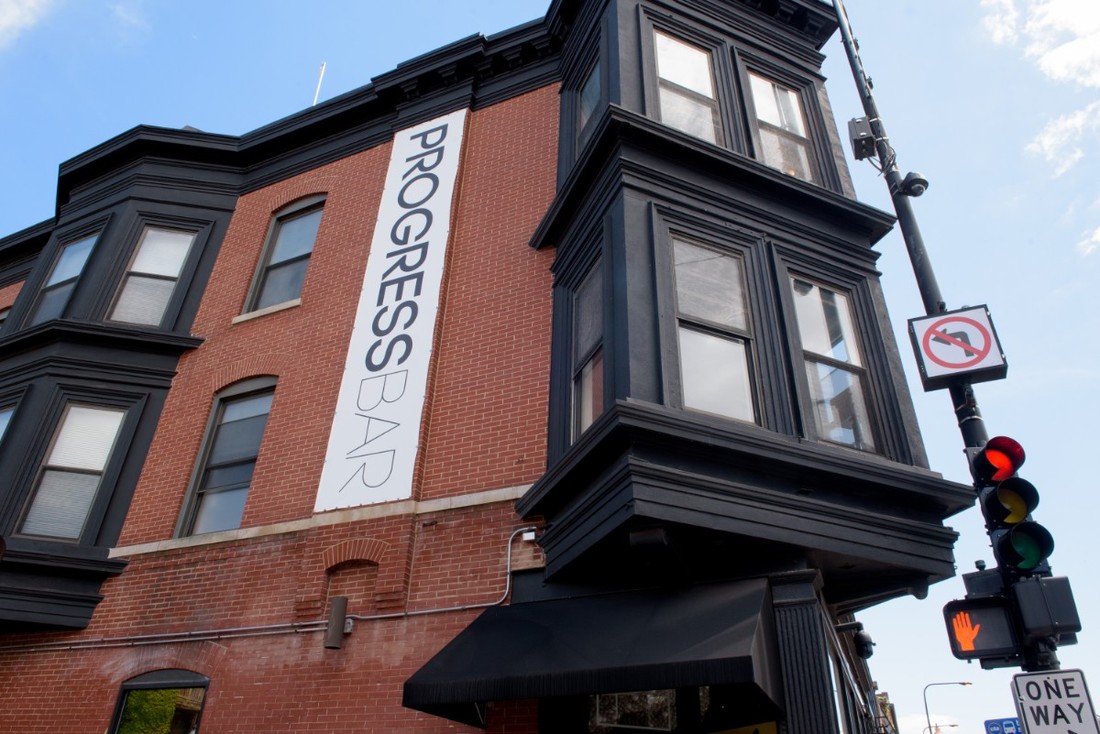 The protest organized by Affinity Community Services, Lighthouse Church of Chicago, and the Chicago Black Men's Caucus is to protest the Progress Bar ban on rap music.

Organizers said the ban, which has since been lifted by the bar owner, reflects a ban on black people. Additionally, they argue the ban is a symptom of a larger problem in Boystown - the exclusion of black and brown, queer people.

"The protest seeks to provide a space for queer people of color to share and process the trauma they have experience at Progress Bar and other establishments in Boystown," according to press release from organizers.

On Thursday, Progress Bar owner Justin Romme issued an apology and said the ban "did not reflect the values of Progress Bar."

"I know it will take much more than this to regain the trust of the LGBTQ+ community. It will require an ongoing commitment and actions. I have reached out to trusted organizations and leaders in the Chicago LGBTQ+ community and will work with them in the coming days on steps we need to take," said Romme.

"As organizations that serve thousands of LGBTQ+ folks, and with many of our memberships consisting primarily of Black LGBTQ+ people, we are writing to disavow the recent actions of Progress Bar. Our constituents include many frequent patrons of businesses here in Boystown. Because of our continued patronage, we are angered and deeply saddened at the leaked email Progress Bar sent to its DJs announcing its decision to ban rap music in favor of pop/dance music already played in their establishment, and the vast majority of venues in the surrounding neighborhood.

"While this statement and the upcoming protest on Sunday are responses to Progress Bar's rap ban, we see this as merely one action in the longstanding history of racial tension and discrimination in Chicago's LGBTQ+ community. Many Black LGBTQ+ folks, including members of our organizations, struggle to find safety, representation, and community in Boystown. We hear stories of racist interactions with bouncers, clothing policies unequally enforced on Black patrons, and a generally unwelcoming environment the Boystown neighborhood that targets and negatively affects LGBTQ+ people of color. This rap ban is an example of how Black people experience racism in the LGBTQ+ community. By enacting this ban, Progress Bar is strengthening the racism levied against Black and Brown LGBTQ+ folks - racism that fuels the alarmingly high number of deaths of trans women of color, the increasing homelessness of queer youth of color, and the still high rates of HIV and other STIs in communities of color.

"Bar owner Justin Romme's statement and decision to close the bar for the night of Thursday, May 30th does not address or rectify the decision to enact a racist policy even though he later reversed it, and we urge him and other proprietors to start listening to our communities. We are disappointed because many people saw Progress Bar as a respite from some of the alienating experiences they have endured in Boystown. Our organizations serve folks who often frequented the parties at Progress hosted by popular Black, gay event planners in the city. But banning an entire genre of music often made by and for people of color and adding security next to the DJ booth to enforce this communicated that Progress no longer valued, respected, or provided a safe environment for our Black and Brown bodies.

"Many have come forward to rebuke Progress Bar and its owners since this email came to light. Our organizations are planning to gather to shine a light on the larger culture of racism and othering that Progress Bar's actions exemplified. The same anti-blackness that led to the creation of the leaked email pervades the streets of Boystown. We call for Progress Bar to work to live up to its name. We call for white allies to show up in solidarity with the Black and Brown LGBTQ+ leaders directing this protest. We are thankful for spaces that provide safe haven for Black and Brown queer bodies and affirm disenfranchised identities.

"These places act as partners in the struggle against white supremacy as well as heal collective traumas to a rhythm only our ancestors can bring. The historical Jeffrey Pub and burgeoning initiatives such as Pride South Side center those black and brown people, places and spaces left out of mainstream LGBTQAI celebrations, lifting up a history and archive of celebrations akin to the collectives began by Marsha P. Johnson post Stonewall. We urge our members and followers to join us in a Protest @ the 7/11 parking lot across the street from Progress Bar this upcoming Sunday, at 2:30 PM. We will throw a Love Kiki to reinforce that only love can drive out hate. Racism has no place in our community."