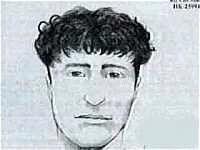 Chicago, IL - Chicago Police have renewed interest in the stabbing death of 31-year-old Kevin Clewer. On Wednesday Police announced the person previously sought for questioning in the March stabbing death has been identified as the prime suspect.

Area Commander Mark Chasen announced at a news conference Wednesday that the man known as “Fernando,” was wanted in the killing of Clewer, who was found dead by his father on March 24 in his apartment bedroom in the 3400 block of North Elaine. Clewer was found naked, stabbed in the back more than 40 times.

In an effort to reinvigorate the investigation, Chicago Police have begun distributing fliers with the suspect’s photo and description throughout the Lakeview Neighborhood. Police plan to continue flooding Halsted Street with the fliers through the Gay Pride Parade on Sunday, June 27th.

Police originally issued a community alert and released the composite sketch (pictured above) in April. Investigators initially called him a “person of interest” but now refer to him as the prime suspect.

The man is described as a Male White Hispanic, approx. 25 years old, 5' 7" tall, slim / athletic build, speaks with a Hispanic or European Spanish accent. He is thought to occasionally work as a male prostitute, though police stress there is no indication he was engaged in an act of prostitution the night of the homicide.

On May 18th, Clewer’s family expressed frustration in the investigation and announced a $20,000 reward. Camden said police received several calls immediately after the announcement but calls have tapered off. There is no mention of the $20,000 reward on the fliers being distributed by police. The family has created a website (www.4chicagokev.com) to help generate interest in the investigation.

Chicago Police continue to say the killing of 38-year-old Brad Winters shares no physical evidence with the Clewer murder. Winters, a theatre director, was found stabbed to death on August 31st, 2003 in his apartment in the 500 block of West Beldin. Winters was also found naked and stabbed multiple times in the back.

Anyone with information is asked to call Belmont Area detectives at 312-744-8261.