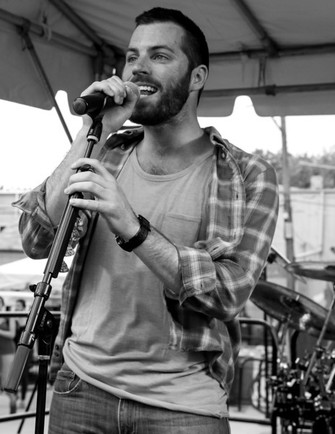 Out Chicago singer-songwriter and music producer/promoter.

STEPHEN LEONARD is a Chicago singer-songwriter, music producer/promoter, proud member of the Chicago Gay Hockey Association and contributing writer to the GoPride Network. His original music and community efforts have garnered Midwest and national recognition for projects appearing online, on television and film.


In his new album, HIS FIRE, Leonard showcases a deep evolution in his voice, songwriting and producing from his 2010 home-recorded debut album, WITH A PEN.

"His Fire is a personal collection of confrontations," says Leonard. "Before writing this album, I was drawn to the physical and emotional effects and fears of fire and its parallel relationship to man. Both can be warm and giving. Both can be strong and attractive. And both can be rather impulsive and even seen as threatening. Every song on this record is me confronting the fire and digging beneath the flames."

Leonard's passion for powerful music and individuality has helped pioneer a growing and supportive community of singers and songwriters in Chicago and has produced and hosted concerts and events that have helped raise thousands of dollars for various causes. In 2011, Leonard received the Windy City Times' 30 Under 30 Award for his outstanding contributions to the Chicago LGBTQ music and sports communities.

"To live requires fortitude. For love we’d shed our ego. To love we slit the throat of fear. Our proof burns within the fire." - Stephen Leonard