The Smashing Pumpkins return to their roots 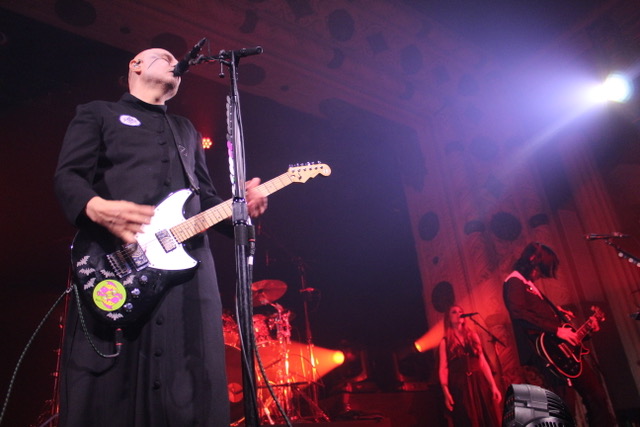 The Smashing Pumpkins returned to their roots on September 20, 2022, with an unforgettable show at Metro. This alternative rock band is originally from Chicago and some of the crowd even attended school with some of the members in the past.

It was a nostalgic night for many as the group plowed through a lengthy setlist for hours after beginning at 8 p.m. There were some track changes and at one point guitarist James Iha played a little country ditty on the strings. Billy Corgan joked, "Let's put out a country album next!"

Original drummer Jimmy Chamberlin was quiet except for his important beats that harkened back to the many hits accomplished by this crew over the years. 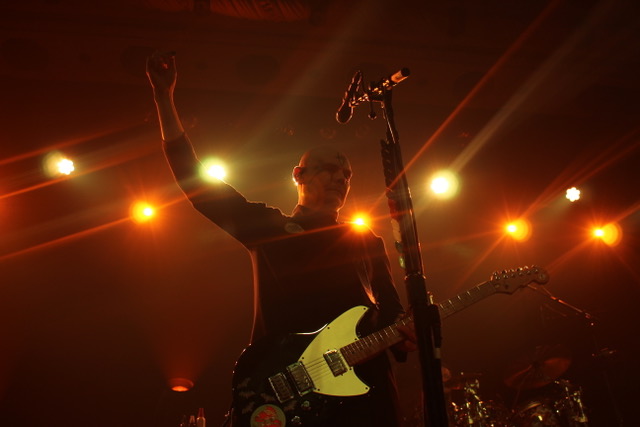 They thanked Joe Shanahan the owner of Metro for the performance space over the microphone and also the radio station Q101 for filling up the joint with loyal fans and continuing to play their new music on the airwaves. These musicians seemed grateful and surprisingly Iha wound up talking more than Corgan during the breaks.

Tracks such as "Ava Adore" and "Cherub Rock" continue to age well as Corgan provided strong vocals throughout the set. They also performed their song "Beguiled" from their forthcoming album Atum: A Rock Opera in Three Acts. This was a chance for diehard fans to hear them perform classics such as "Tonight, Tonight" and "!979." With 33 new songs coming out on their latest project this might have been a rare chance to hear many of their previous catalog in a setting such as Metro. 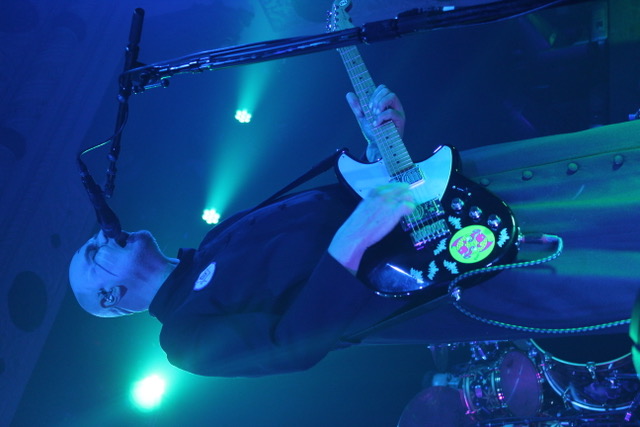 This was also a celebration of the 40th anniversary of Metro and a way to end summer for locals. The venue was packed with celebratory people who were ready to party and rock out. Patrons sang along to the tunes that many grew up on led by a group that hadn't performed there in more than a decade.

From "Quiet" to "X.Y.U." the music only made brief stops until ending late into the night. It made some wonder what the upcoming stadium tour with Jane's Addiction will be like after such a special concert at this industrial venue. 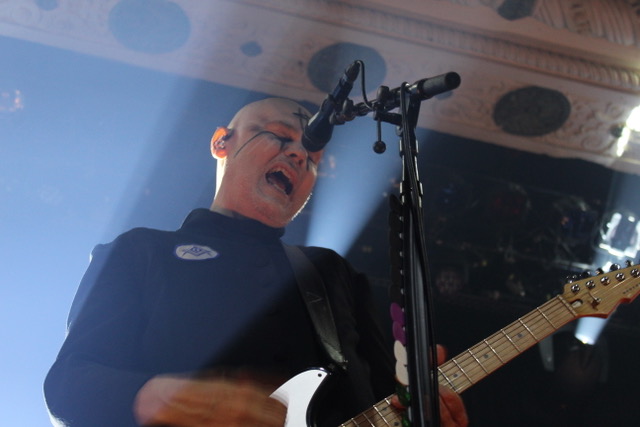 This intimate hometown show created memories for those that wrangled a ticket from Q101 and most frankly appeared in awe of being there. Not only was it the most talked about show in the Windy City that week, but it looks to be a continued part of concert conversations for a long time to come. People were just grateful to be there and unique merchandise was sold specifically for this event.

Corgan also made sure that some proceeds from t-shirts went to victims of the recent Highland Park shooting. It was just another moment where The Smashing Pumpkins kept things personable while still retaining the aura of rockers that will leave a lasting impression for a long time to come.

Rock over to SmashingPumpkins.com to follow the further adventures of this iconic band in the future.