A rainbow of talent shines over Lollapalooza 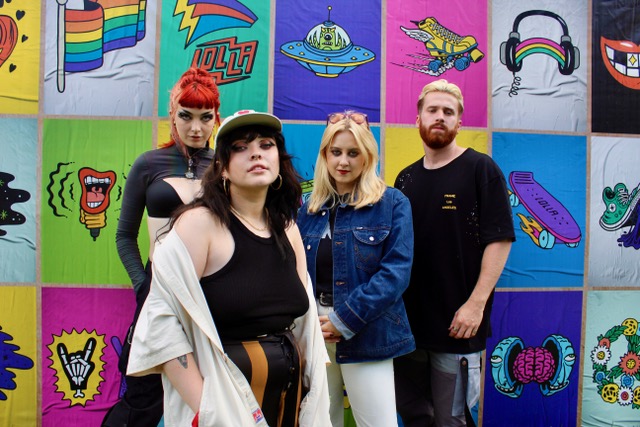 From July 28-31, 2022, Lollapalooza took over Grant Park in Chicago with over 170 musicians, many of them a member of the LGBTQ+ community. This was also reflected in the crowd with a wide variety of attendees who showed up ready to express themselves and enjoy the diverse lineup of artists performing over four days.

British rock band Crawlers have two queer members Amy guitarist and Liv bass went to high school together meeting when they were just 12 years old. Liv went to college with Holly who became their vocalist. Harry wrote a review of their songs and is now the drummer.

They were originally going to call themselves Peachy Crawlers. Holly exclaimed, “It was a bad idea, but we were obsessed with peaches!” 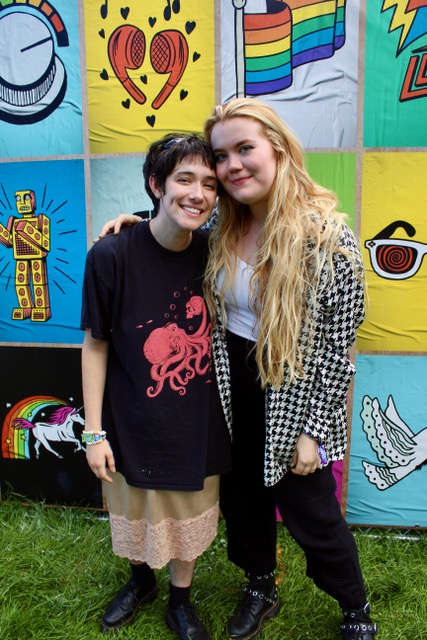 Holly went on to say that several members of the band are scared of spiders. Liv confessed, “I prefer spiders to not be near me, but I think they are cute.”

Holly explained that they like playing with different genres, “I am a songwriter type, Amy is into classic pop, Liv is a metal head and Harry likes punk music. It is nice to play around with all of this together in a fun workplace. 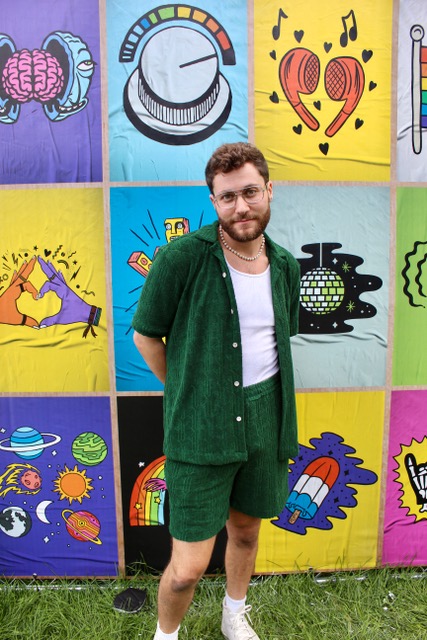 The two met at New York University where they studied acting together and started making music together after college. They have been a band together for six years.

Walker said the name for the group was formed after collaborating on a list “comparing something vulnerable, but strong to something delicate. One we tossed aside was Metal Feather because we are not a metal band. We thought we might change it later, but Daisy the Great stuck!” 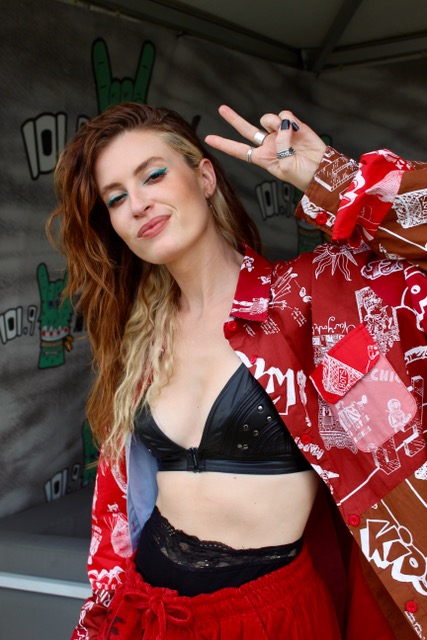 Their hit “Record Player” was noticed by alternative band AJR on TikTok leading to them going on tour together. Walker said, “We played our original version of the song then came back to play our version together. The original holds a special place in our hearts so it was nice to have both dynamics. It was sick!”

They plan a debut album in the fall with a new single called “Aluminum” coming out on August 24. They are going on tour with a band called The Happy Fits and have a few festival dates set up before that happens including the OUTLOUD Music Festival Nashville.

Gay pop singer Jordy performed with his name up in rainbow lights on Friday and mentioned later that Fletcher was his favorite out artist performing this year at Lollapalooza.

Jordy is from Northbrook, Illinois, went to high school at Glenbrook North and came out of the closet when he was 15 years old. His parents discovered he was gay from Facebook communications with someone. His family didn't miss a beat with his mother simply saying, “I am going to love you no matter what.” Jordy feels he is very fortunate to have friends and family accepting him. He confessed, “ I know that is not the norm, so I want to use my platform and my voice for those that don't have the power to speak up for themselves.”

Influenced by the Spice Girls and warming up the stage for Dua Lipa, who closed that evening, this artist is authentically himself and represents a proud generation that won't be stopped being who they are.

He described performing on the T-Mobile Stage at Lollapalooza as “one of the best moments of my life. My face hurts from smiling!