Plunge into the world of Immersive Monet & the Impressionists 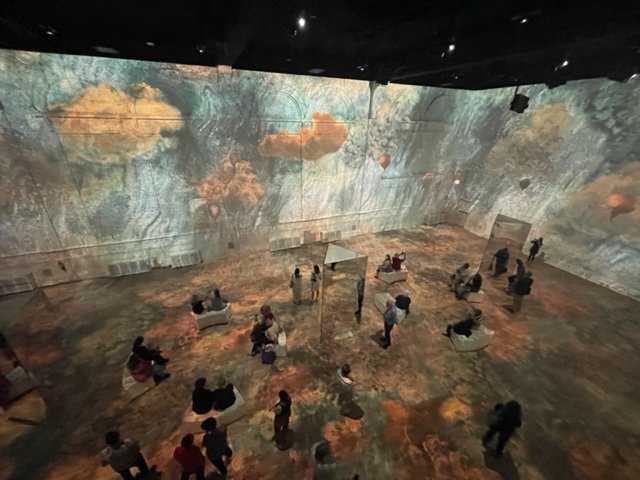 Impressionism is a 19th-century art movement that flourished during the 1870s in Paris with a group of artists. The term grew from a work of French artist Claude Monet called Impression, soleil levant after a newspaper critic used the title in an article. Impressionism was embraced as a movement and style depicted with thickly painted brush strokes and visually bright colors.

This plays well digitally in the LightHouse ArtSpace Chicago, 108 W. Germania Place. This is the same space where Immersive Van Gogh was previously a massive hit and Immersive Frida followed with exhibits. 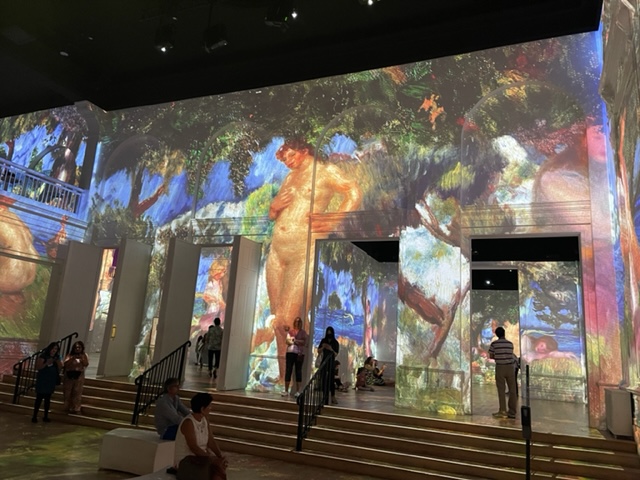 Monet is accompanied by other Impressionists such as Pierre-Auguste Renoir and Paul Cezanne in this installation. Their art comes to life as each work flows into the next. One moment a train is chugging toward the viewer and the next a powerful landscape suddenly sweeps into the room.

The curators have found their footing with classical music this time and prepare to be possibly moved to tears while being engulfed in art. 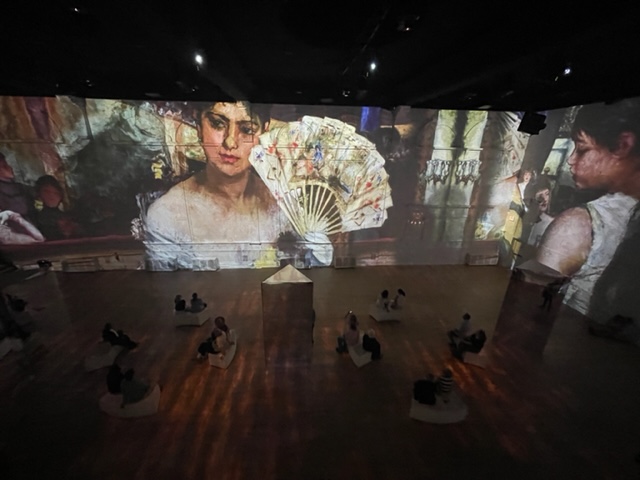 There are 500,000 cubic feet of projections to saturate ticketholders in a breathtaking and unique experience. Start off in the upscale bar area near a packed gift shop full of merchandise to explore. Ascend the stairs to enter the room and watch the series of works on a repeat loop. The balcony offers a bird's-eye view from above to really absorb the overall picture that is orchestrated in the venue.

Boston kicked off this timeless exhibit with Chicago being the second stop and many more locations planned on the horizon. 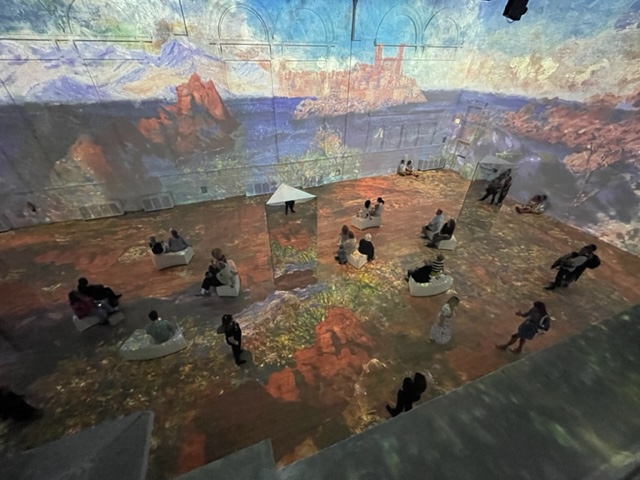 Tickets begin at $29.99 and can be purchased at ImmersiveMonet.com. Soak in the wet painting techniques of these unforgettable Impressionists while relaxing in a peaceful and restorative atmosphere today!