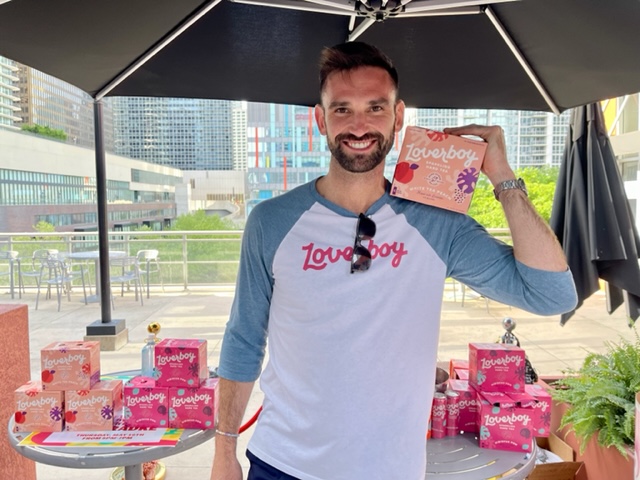 On May 19 Mariano's Lakeshore East at 333 Benton Place bustled with activity thanks to a popular Bravo TV star. Carl Radke from the hit reality show Summer House made an appearance at the grocery store's outdoor pavilion to promote Loverboy's Sparkling Tea. From 5 p.m. to 7 p.m. fans had a chance to chat with the handsome television personality and take a picture with him.

The lives of Radke and his castmates are taped annually at a house in the Hamptons over the summer while they party together for six seasons so far. After wrapping up the reunion show hosted by Andy Cohen, Radke had a chance to visit the Windy City and meet people just outside the iconic grocery store on a beautiful day. 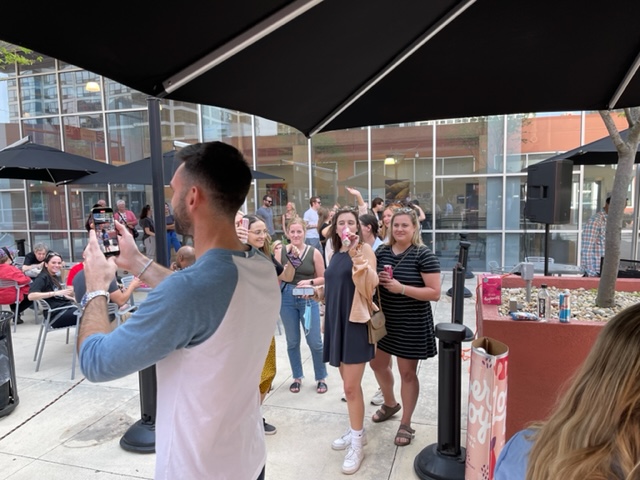 A DJ played tunes as samples were served to spectators at a table behind the Bravolebrity. Radke signed cases of the alcoholic beverage and obviously had a good time mingling with television watchers of Summer House. He spoke of his performance background to GoPride and brings his experience in public speaking to this new gig of hosting events.

The real tea was exposed back in 2018 when it was discovered that Radke had some previous sexual history with at least one man. This charming tall drink of water identifies as straight but displayed support to everyone in the line that day with no apparent hangup either way. The tasting event was a clear hit and a testament to his loyal fanbase. 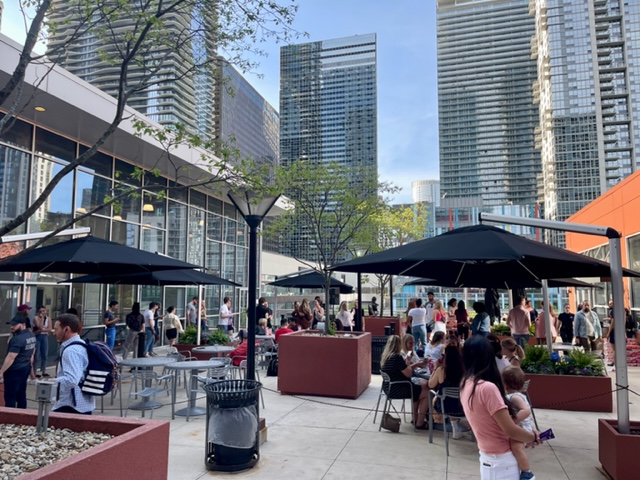 Visit https://www.marianos.com to find a location near you and subscribe to the website to keep up with future events and samplings such as this one.