The Shiny Shrimps Strike Back 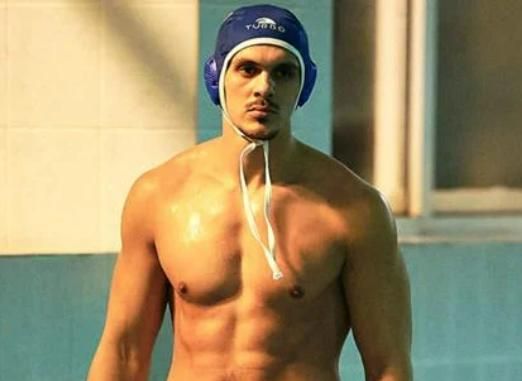 They’re back! Three years after France’s rag tag rainbow water polo team hilariously broke down the walls of homophobia, winning the hearts of the Reeling opening night audience in the process, it’s time to dive back into the pool with this waterlogged though endearing crew and their hunky, straight (though gay friendly) coach Matthias. Still recovering from the death of their teammate Jean, the Shrimps (along with Selime, their new member who they suspect is gay) are heading to the Gay Games in Tokyo. After missing a connecting flight, they find themselves stranded deep in one of the most homophobic regions in the world: Russia! This is the start of a crazy series of adventures mixed with musical comedy, plenty of peril, and lots of tight Speedos that culminates with the Shrimps breaking several of their teammates out of a gay conversion prison under the nose of its female warden (think Cloris Leachman’s Frau Blucher). Ironically, this fizzy, over-the-top comedy couldn’t actually be filmed in Russia - it was shot in Ukraine just before the conflict.

Following the film, join us in the Music Box Lounge and Garden for a very special after-party featuring complimentary hors d'oeuvres and libations (Film & Party tickets required). And, since it's our 40th anniversary, we're going back in time to hang out with some of the biggest stars over the past 4 decades. Elton John, Ziggy Stardust, Prince, and Tina Turner will all be in attendance to share in the fun.*

*We cannot guarantee that these are the actual stars and not just uncanny lookalikes.