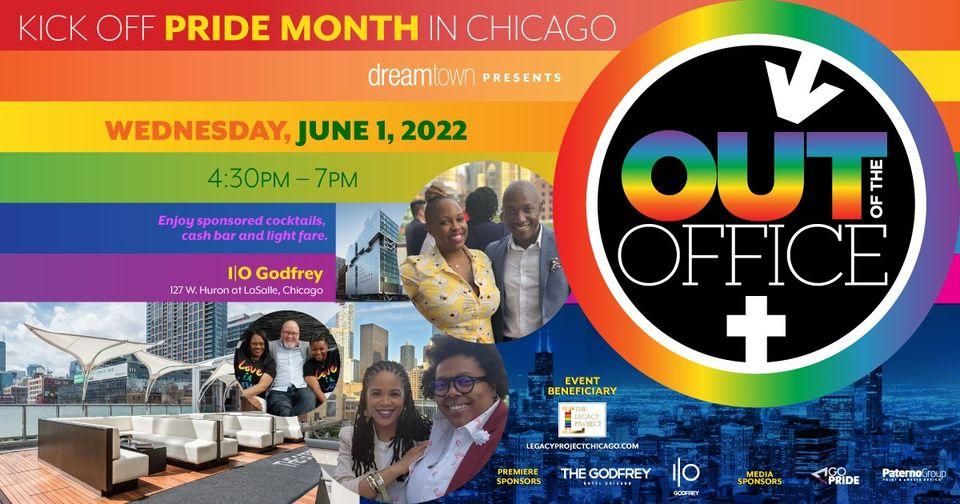 The 2022 Honorary Host Committee invites you to enjoy an evening of Networking and Libations for a good cause at one of the Chicago's hottest Rooftop Lounges, I|O at the Godfrey Hotel.

ABOUT OUT OF THE OFFICE
Andrew Hayes founded OUT of the Office in 2001 to provide a forum where LGBTQ+, allies, family and friends could gather downtown to kick off Gay Pride Month in Chicago. Enjoy professional networking and raise critical funds to help local nonprofits. Previous event beneficiaries have included TransWork, Affinity Chicago, Gay Games Chicago, Open Hand GroceryLand. Gay & Lesbian Chamber of Commerce, Chicago House... and many others.
ABOUT THE LEGACY PROJECT
The award-winning Legacy Project works to educate the general public about the many roles Lesbian, Gay, Bisexual, Transgender and Queer (LGBTQ) people have played in the advancement of world history and culture. Through "The Legacy Walk" in Chicago (the world's only outdoor LGBTQ museum and Chicago's newest Historic Landmark); "The Legacy Project Education Initiative" (free, downloadable resources); and "The Legacy Wall" (traveling interactive exhibit) - the Legacy Project challenges the social and cultural marginalization of LGBTQ youth that leads to bullying.