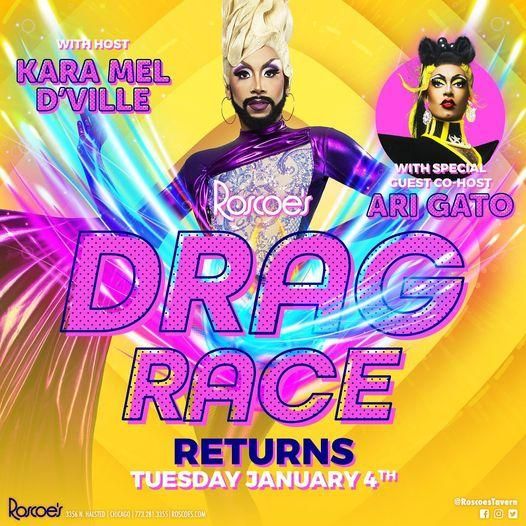 Sign up starts at 10PM every Tuesday. No advanced registration. There are two rounds to the competition. Round One will feature each contestant performing a song of their choice. During Round Two contestants will be given a song to perform from The Wheel of Roscoe’s Drag Race.