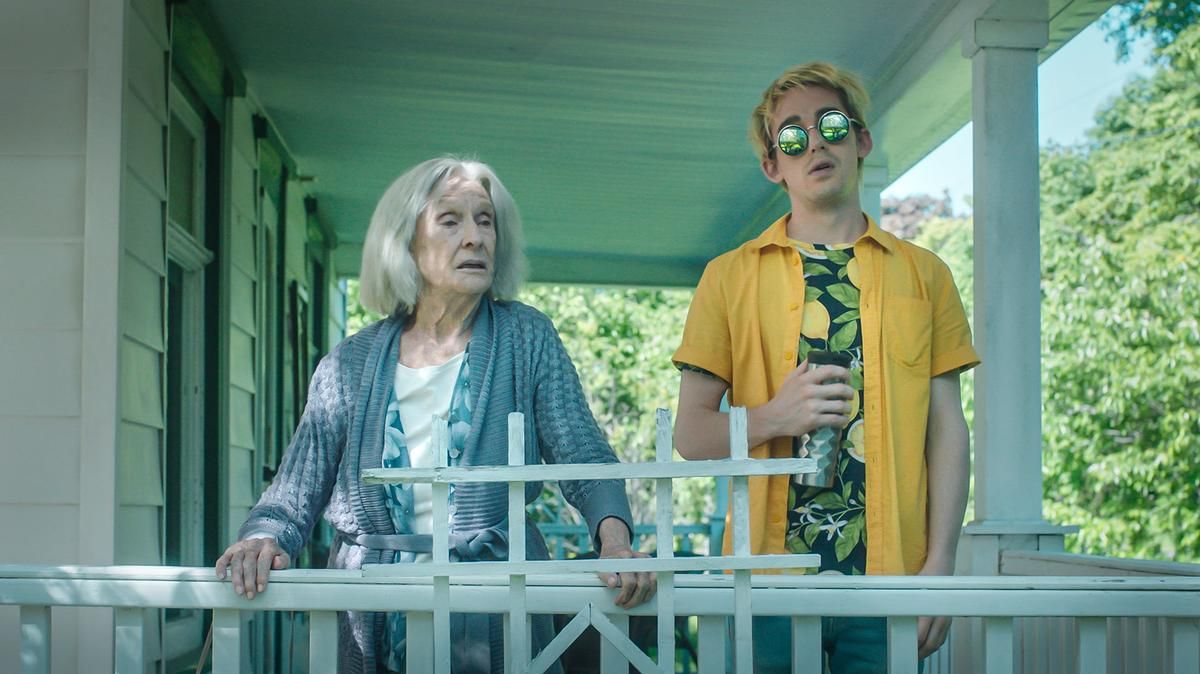 Featuring the brilliant Cloris Leachman in her final starring role, JUMP, DARLING pairs love of drag with an aging iconic diva to ask the question: what inspires us to carry on? Half-prepped before a dressing room mirror in the back of a bustling city gay bar, Russell (Thomas Duplessie), an actor turned drag queen struggling to find his voice, is given a wrenching ultimatum by his straight-laced boyfriend. Overcome by indecision, Russell flees the relationship and his sputtering drag career for refuge at his grandmother’s house in the country. There he finds the sardonic Margaret in steep decline. In a perfect, if precarious, solution for them both, he moves in to protect her from her greatest fear – the local nursing home, while giving himself time to regroup. In no time, Russell is lighting up the local college bar with his alter ego Fishy Falters and immersed in a hot affair with Zachary, a not so straight college student. Antagonized by his overprotective mother, who suddenly arrives on the scene, Russell struggles to realize a bold new identity. Meanwhile, Margaret fights to retake control despite her faltering mind.