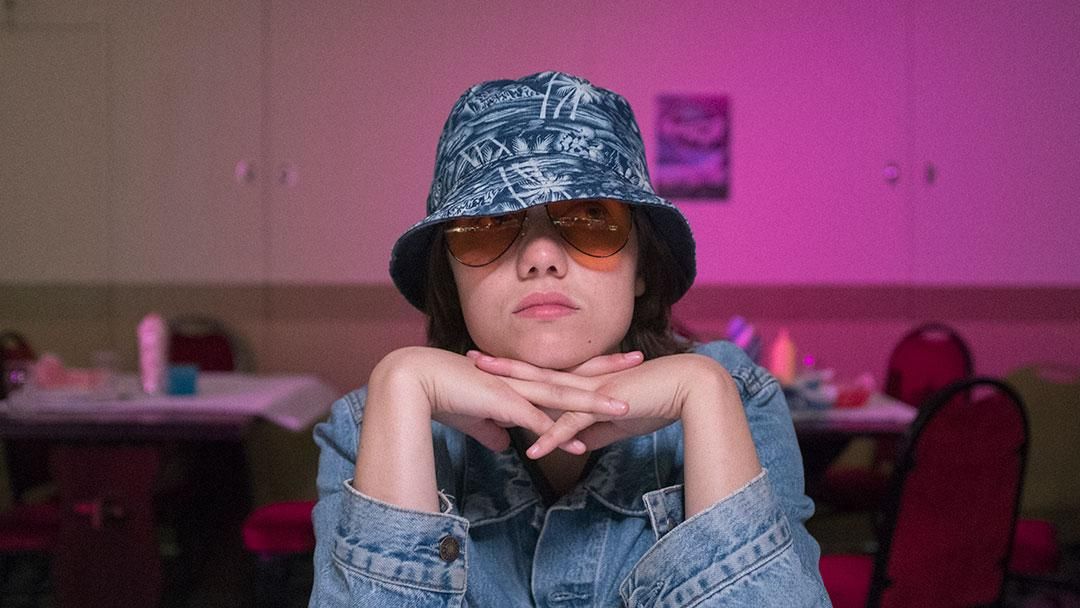 SWEETHEART follows awkward 17-year-old AJ (terrific newcomer Nell Barlow) on her summer holiday with her family in this heartfelt coming-of-age film. AJ clashes with her mother, Tina (Jo Hartley), while shielding herself from the sunlight with her unseasonal wardrobe. Tina is still coming to term with her daughter’s recent exit from the closet as the family arrives at the picturesque seaside town. AJ suddenly finds herself smitten with bubbly lifeguard Isla (Ella-Rae Smith) and her outlook on the holiday brightens. The pair’s summer spark unleashes undiscovered emotions within AJ, which spill over onto her family. When her pregnant sister reveals that she’ll be naming her daughter Aurora, after the heroine in Disney’s SLEEPING BEAUTY, AJ observes, “I’m pretty sure I know how it ends, and that’s the problem.” The fairy tale reflects AJ’s past string of one-sided crushes, which directly impact her expectations of her future with Isla. Barlow shines as she conveys the vulnerability and excitement of a young woman’s sexual discovery. Their tenderly observed romance reflects the beats of CALL ME BY YOUR NAME, with love being kindled between a woman who is experienced, but has not known love, and a young girl who falls hard. The film’s cinematic beauty extends to both its landscapes and its moving performances.