Reeling 2021: No Straight Lines: The Rise of Queer Comics 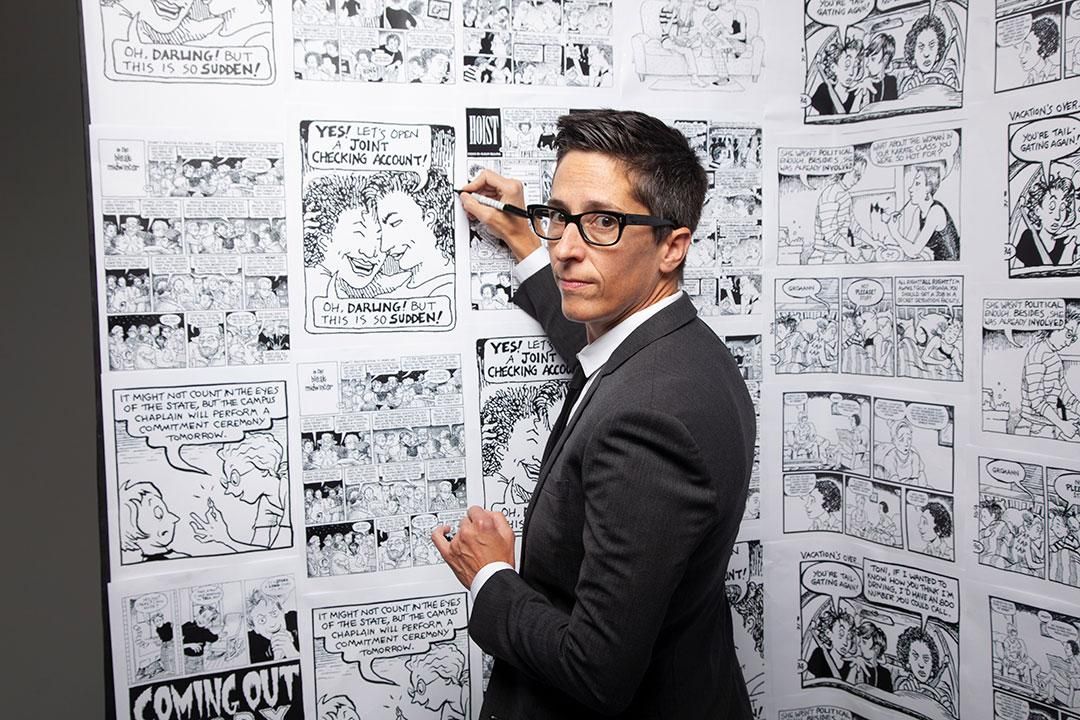 Director Vivian Kleiman details the extraordinary emergence of five scrappy pioneering queer comic book cartoonists as they go from being featured in gay newspapers and bookstores to eventual worldwide fame. Spanning everything from the AIDS crisis, workplace discrimination, to the fight for equality, the five artists tackled the humor in queer lives in a changing world and the everyday pursuits of love, sex and community. Their work is funny, smart and profound, providing a unique, uncensored window into LGBTQ lives from the 1970s onward, beginning at a time in which there was no other genuine queer storytelling in popular culture. The artists include Jen Camper, Howard Cruse, Mary Wings, Rupert Kinnard (former Chicagoan and creator of the first Black queer comic book characters featured in the now defunct Outlines), and Alison Bechdel. Bechdel’s graphic novel about her closeted father and her budding lesbian sexuality led to her being chosen for a MacArthur Genius Grant and was the basis for the Tony award-winning musical FUN HOME – all lovingly detailed in Kleiman’s entertaining and thought-provoking historical documentary.