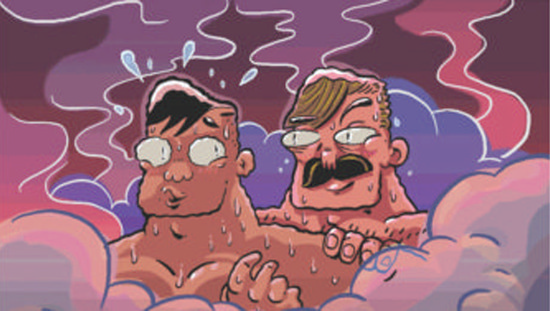 The popular Annoyance Theatre comedy Steamworks: The Musical is coming back -- with fun new songs and some outrageous new characters! This singing and dancing extravaganza tells the hilarious story of a wide-eyed young man who moves to the Windy City seeking love ... and instead stumbles into a legendary bathhouse, where his mind is blown by the colorful cast of characters who hang out there. Will he meet the man of his dreams? Or will all his hunky hopes disappear in a puff of bathhouse steam? Find out in in this fun-filled revival of Steamworks: The Musical at The Annoyance Theatre & Bar. The show runs Fridays until August 10, 2018.
Event website Tickets