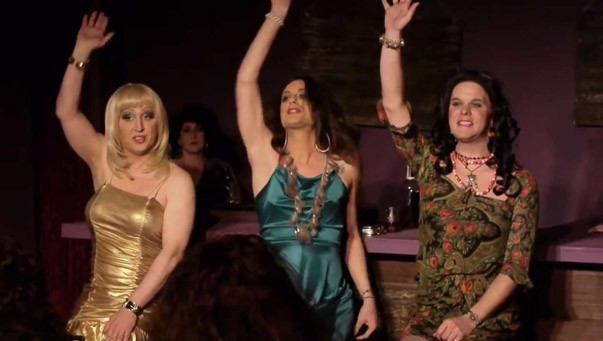 David McMahon (US, 2014, 84 min) SKANKS follows a community theatre in Birmingham, Alabama, and its attempt to produce an original drag musical, SKANKS IN A ONE HORSE TOWN. The play details the adventures of three women, played by men, who accidentally travel from 1978 Studio 54 to 1878 Deep Hole Texas via a disco ball time machine. Along with fellow time travelers Anita Bryant, Conway Twitty, and Meatloaf, the skanks, as the women are called, must stop a local baron from demolishing the town to make room for a new railroad before they can return to 1978 and New York City. Despite a football and religion-obsessed city that can be unwelcoming at times, the cast of twenty-two bonds to form a family of sorts, proving that even in such a conservative environment, people from all walks of life can find joy no matter what the obstacle and build a community around a shared love of musical theatre.