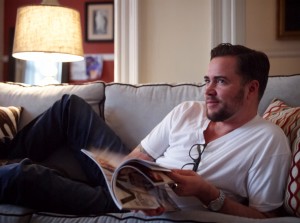 In his debut comedy concert film, Ian Harvie, the world’s first FTM transgender stand-up comedian, takes a sex positive look at his transition from his own unique perspective. Taped before a live audience, the laugh-a-minute film is the culmination of a very personal and public journey of having been born a girl and later becoming a self-made man. It’s Ian’s sense of ease, not just his gender-bending presence, that makes his humor so groundbreaking. Ian has been Margaret Cho’s opening act for years and her enthusiasm for him led to her involvement with Ian Harvie Superhero. “I love Ian’s comedy and his story is one that is unique in standup, totally original and important,” Cho has commented, adding, “It was my great honor to produce this special. It’s an incredible work and I am so proud to share this with the world. I know you will love it as much as I do.”