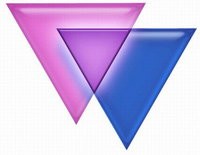 On September 23, the Center on Halsted welcomes seven of the most dedicated Chicago Bi activists from 1986, Bi health, and even Bi ministry. The speakers will help educate, celebrate, and share an American day that has not been forgotten. Following Speakers there is a Social hour.

About the Speakers: Paige Listerud is a writer, actor, and activist. I've identified as bisexual since I came out at Oberlin College in 1985-86. After Oberlin, I came to Chicago and have been here consistently participating in the LGBTQ community, engaging in direct action activism in the late 80s to mid 90s. I first joined the self-help support group Action Bi Women and marched with them for several years in Chicago's Lesbian and Gay Pride Parade. I also joined the very first bisexual contingent at the 1987 Second National March on Washington for Lesbian and Rights, where I got a chance to personally meet Lorraine Hutchins and Lani Ka'ahumanu, the bi women leaders who co-edited the breakthrough anthology of bisexual coming out stories, Bi Any Other Name. After the march on Washington, I wanted to do more. I co-founded an activist organization call BiPAC, the Bisexual Political Action Coalition, and we joined Chicago Queer Nation and Act Up Chicago in organizing activism against anti-LGBT violence and the boycotts of Colorado products Coors and Schwinn bicycles to protest Colorado's Amendment 2. Queer Nation Chicago and BiPAC dissolved in the mid 90s. I have since been involved in local Chicago Theater, agitating against the Bush/Cheney administration, and working at the Heartland Cafe. I am now a freelance writer. Most of my work can be read at chicagotheaterblog.com.

Wendy Bostwick, PhD, MPH is an Assistant Professor in the Public Health and Health Education Program at Northern Illinois University and a participating scientist with the Center for Population Research in LGBT Health, housed at The Fenway Institute in Boston, MA. Her research interests include bisexual women’s health, the effect of stigma and discrimination on mental health, substance use and outcomes among sexual minority women, and the measurement of sexual orientation. To date, she has conducted two small studies with bisexual women, exploring issues of stigma, stress and coping, social support and the role of community. Her work has appeared in the American Journal of Public Health, Addiction, the Journal of Studies on Alcohol and Drugs, and others.

Karen McReady was born in Chicago at a young age in the wrong body. (I blame that on Richard Nixon who was elected Vice President that year). I tried like hell to be a normal guy for 50 yrs and finally realized that I should have been trying to be a normal girl. (I am a notoriously slow learner.) I began transition about 5-1/2 yrs ago and started living full time as a woman about three years ago. I belong to several support groups and have recently volunteered to serve as Cinematrix for the monthly Trans-Cinema event at the Center on Halsted.

Adrienne Williams is the Founder and Web Producer of AJW Media, which is the parent company of Bi Social Network (www.bisocialnetwork.com); the first entertainment, interactive bisexual Blog that deals with sexuality, events and social outlets for the bisexual community. Bi Social Network is focusing its efforts on bisexual men, women, teens and social issues surrounding the myths of bisexuality (biphobia) in the gay, lesbian and straight communities.

Adrienne started Bi Social Network in December of 2008 and continues to be the leader in bisexual content, such as entertainment, columns, ‘Bi Talk’ Radio,—and soon to be moving into media publications, workshops and networking events.

In late 2010, Bi Social Network started the Bisexual PSA Campaign to bring awareness to biphobia in the straight, gay and lesbian communities: a mission to speak out on hatred and to show the world we still have a long way to go—even within our own community. This Bisexual PSA Campaign will be a yearlong effort to educate the public on issues surrounding bisexuality and to bring tolerance and understanding to all.

Ed Negron has worked with the LGBT, Latino and recovering communities. He served a vast number of organizations as a volunteer, member, or leader including, the Association of Latino Men for Action, the Advisory Council of LGBT Issues, the Crystal Meth Task Force of Chicago, Partnership for a Drug-Free America, and was Co-Founder of Orgullo en Accion and Compassion Action. Ed Negron is currently a Co-Chair of the Chicago Task Force on Substance Use and Abuse. He also served as the Chicago Liaison for the 2009 Bi Health Summit in conjunction with the 2009 LBGTQ Health Summit held in Chicago.

Noel Spain is a bisexual organizer and activist in Chicago. Feeling discouraged after finding zero bisexual representation and community in Chicago, one of the largest GLBT cities in the world, he formed a bisexual social and activist community in 2008. Today this group has a member roll of over 200, holds regular fun and progressive activities, and has made inroads into the largest GLBT events and institutions in Chicago.

Br. Michael C. Oboza is an Activist monastic and retired two time pageant winning Drag Queen who earned a Love Ambassadorship from Love Foundation Inc. and Wall of Tolerance honor from Southern Poverty Law Center for his over 15 years of LGBTIQA activism work in Cook County.

Getting there
Center on Halsted
3656 N Halsted, Chicago, IL