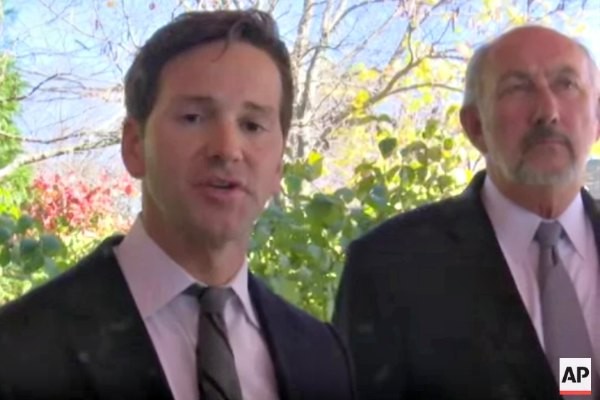 Last month, Schock's lawyers submitted a 92-page filing in which they accused investigators of prosecutorial misconduct.

The "prosecutor and agents have dug into every aspect of Mr. Schock's life by any means necessary," the lawyers wrote. "No topic has been off limits. The federal government has even delved, repeatedly, into the most intimate details of his life, including repeated inquiries to witnesses into who he has slept with and whether he is gay."

According to Politico, the prosecution team has denied investigating Schock's sexuality.

"We fully agree with Defendant Schock that his sexuality is completely irrelevant in this criminal matter," the team wrote. "It was not of interest to the government, and the government did not inquire about it."

Schock, a Republican who last year was indicted on 24 criminal counts, including wire fraud, theft of government funds and making false statements, has previously denied rumors – attributed mostly to his colorful Instagram posts – that he's gay. Schock, who has suggested the investigation was a witch hunt, resigned from Congress in 2015.

Investigators acknowledged probing into his relationship with Panamanian diplomat and attorney Karla Gonzalez, whom he dated. They said they needed to establish the nature of their relationship because their travel expenses were listed as a campaign expense.

"Out of the approximately 116 witness interview reports during the investigation and since the indictment, only 4 contain any references to Defendant Schock's sexuality, and those references were initiated by the witness, not the government," investigators wrote. "Defendant Schock's attempts to attribute misconduct on the part of the government based on an issue that he himself admits pre-dated the grand jury investigation is simply meritless."

Schock's trial is scheduled to begin next January.