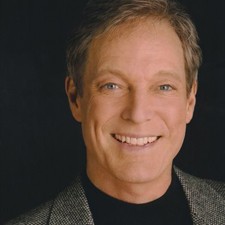 There are very few actors that live up to the reputation of icon, but Richard Chamberlain is certainly worthy of that title. Mr. Chamberlain will be wearing the crown of King Arthur as Monty Python's SPAMALOT returns to Chicago on January 20th at the Auditorium Theatre. In the latest ChicagoPride.com podcast, Mr. Chamberlain talks about his remarkable five decades in show business, his primary love as a painter, and how his life has changed since his autobiography was published in 2003 which he came 'out'.

Mr. Chamberlain became a household name in 1961 when he landed the title role on TV's Dr. Kildare, a part he played for five years. Other notable credits include six acclaimed mini-series: Shogun (for which he earned a Golden Globe Award and Emmy nomination), Wallenberg, The Thornbirds (Golden Globe Award and Emmy nomination), The Bourne Identity, Dreamwest and Centennial. His other television credits include Will & Grace, Nip/Tuck and Desperate Housewives. On film, he's appeared in The Three Musketeers, The Four Musketeers, The Return of the Three Musketeers, Towering Inferno, Strength and Honour and I Now Pronounce You Chuck and Larry. His many stage performances include runs in The Broadway revivals of My Fair Lady and The Sound of Music. He most recently starred in the tour for the U.S. premiere of Scrooge, and played the king in The King and I for Hawaii Opera Theatre.

Based on the cult classic movie Monty Python and the Holy Grail, Spamalot is the winner of three 2005 Tony Awards, including Best Musical and Best Director (Mike Nichols), as well as the Drama Desk and Outer Critics Circle awards for Best Musical.

Individual tickets range in price from $25 to $90. A select number of premium seats are also available from $125 to $150. Tickets are available at the Auditorium Theatre of Roosevelt University Box Office (50 E. Congress Pkwy.); all Broadway In Chicago Box Offices (24 W. Randolph St., 151 W. Randolph St. and 18 W. Monroe St.); the Broadway In Chicago Ticket Line at (312) 902-1400; all Ticketmaster retail locations (including select Carson Pirie Scott stores, Hot Tix, select Coconuts and fye stores); and online at www.BroadwayInChicago.com. Tickets are available to groups of 20 or more by calling (312) 977-1710. For information, visit www.MontyPythonsSpamalot.com or www.BroadwayInChicago.com