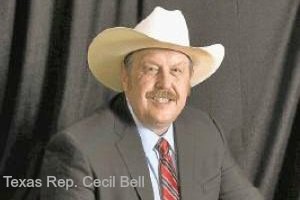 A controversial anti-gay bill thought dead this session by opponents has resurfaced as an amendment to a bill now being considered in the Texas Senate.

The original bill, HB 4105, introduced by Republican Rep. Cecil Bell, was co-sponsored by a majority of Republicans, guaranteeing its passage on the House floor. However, it came 23 bills from a vote before a midnight deadline for House bills arrived earlier this month.

Lucio said that he added the legislation at Bell's request. Coleman vowed to withdraw his bill if he's unable to remove the anti-same sex marriage language.

"I don't have any problem with stopping bad legislation," Coleman said. "I'm not going to be forced into carrying somebody else's hate in my legislation. It's just not going to happen."

Democrats on the Senate Intergovernmental Affairs Committee that approved the changes said that Lucio did not include the anti-gay marriage bill in a "preview" email sent to committee members.