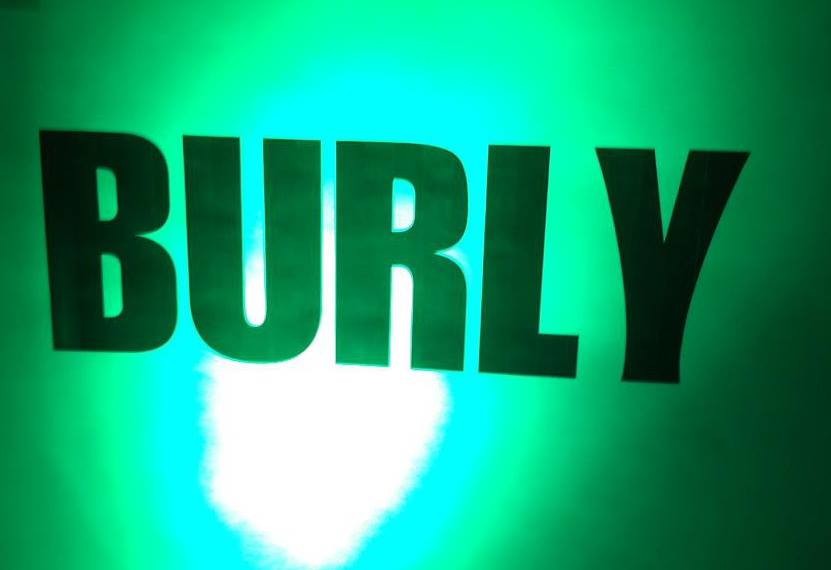 Chicago, IL - A walk down Halsted is enough to illustrate how central music and dancing are in the LGBT community and this Saturday, Jan. 17, an event returns to Logan Square that celebrates with a style of dancing you're more likely to associate with Jane Austen movies than Boystown.

Peter McDowell first encountered contra dance -- which is something like the rowdy stepchild of English country dance -- at a wedding ages ago and then later happened on a queer contra group while he was living in California for a year. When he returned to Chicago a few years back he brought his idea for Queer Contra Dance Chicago to his new Logan Square neighborhood.

"After moving to Chicago from Berkeley in 2011, I realized this was an activity that I wished would happen in Chicago," McDowell told ChicagoPride.com. "I really loved the opportunity for queer and non-queer people of all genders, ages and backgrounds to come together and actually literally touch each other in a non-sexual way. It is a great way of bonding with humankind without the awkwardness that happens in a lot of gay venues, such as bars."

"Plus, I love this kind of live music - old time fiddle/roots music," he continued. "I love it that people bring food and drink to share and I especially love it when people dress in festive attire. Nobody takes themselves seriously, and everyone has a good time and learns something."

Contra dance is a centuries-old folk dance tradition that derives from the same group dances popularly depicted in English period dramas from the Renaissance to the Victorian era, when group dance gave way to the popularity of quadrilles and couple dances like the polka and the waltz (think the party scene from "Pride and Prejudice"). The dancing itself is done to traditional live fiddle music in styles that can vary from "lilting Celtic-inspired tunes to rollicking bluegrass," according to the Lavender Country and Folk Dancers, a genderqueer dance group.

Dances are lead by a caller who literally calls out instructions throughout the dance. No experience of skill level is necessary -- all events begin with basic lessons for newcomers, and each individual dance is preceded by a walk-through of the steps and explanations of new and complex moves. Traditionally, of course, roles are split by gender, but queer contra gives the division its own queer spin. Instead of "gentlemen" and "ladies," dancers can choose whether or not to wear an armband (and while there isn't much difference in the actual roles, for those who are curious, those with armbands take on the traditional gentlemen's role of the leader).

"Some people, like me, switch throughout the evening," Stephen Ulrich, a longtime attendee and newly recruited organizer for Queer Contra Dance Chicago explained. "We refer to the dancers in each number as 'bands' [those wearing the aforementioned armbands] or 'bares.' As you can imagine, the 'bares' leads to some amusement and confusion in the crowd."

McDowell, along with contra dancer and caller John Legge, held Chicago's first queer contra dance back in March of 2013, with the events continuing on a monthly basis other than a short break in the summer. They found a very kind and supportive host in St. Luke's Lutheran Church of Logan Square where Pastor Erik Christiansen, who is also queer, welcomed the duo and their event. That first dance attracted a crowd of about 50 people and subsequent dances, which were held at St. Luke's and other venues such as the Old Town School of Folk Music, have counted attendance from 40 to 100 dancers. The crowd varies in age from 8 to 80, with participants spanning the spectrum -- male, female, trans, queer, not queer, etc.

Queer Contra Dance Chicago is just one example of McDowell's recent queer community organizing around Logan Square. An Illinois native from Champaign, McDowell has lived around the world, but it was during his time in Madison, Wisconsin that his love for queer organizing and queer political action was born, largely instilled by his first boyfriend, Dan Savage, of Savage Love fame. This was in the late '80s and early '90s, before McDowell's 10-year stint in Chicago from '96 to 2006, followed by 4 years in New York and one in California before he returned to the Windy City and Logan Square.

"I started my organizing activities in 2012, shortly after I moved back to Chicago," McDowell said. "I was single at that time and really wanted to put down roots in Logan Square and create a place for queer people to meet each other, become friends, and maybe even find someone to have a great one-night stand with!"

McDowell loved (and still does love) going to The Burlington, a "straight" bar right around the corner from his place in Logan Square. He began comparing the vibe to his favorite queer bar back in New York -- a spot called Nowhere Bar in the East Village -- with a weekly "Buddies" party that attracted him with great DJ music and an emphasis on talking and getting to know new friends. With this inspiration in mind, McDowell teamed up with Chicago DJ and organizer Gregg Medley to create Burly, a monthly dance event held at The Burlington that started in September of 2012.

Medley moved on to other activities in 2013 and Burly started featuring a rotating list of DJs including, a couple times, DJ Joe Erbentraut. Then, in 2014, McDowell brought Erbentraut on as Burly's resident DJ, which he describes as "a match made in heaven." Erbentraut describes Burly as "a queer party that's truly for everyone" saying that traditional "burliness" is not required "and all expressions are welcomed and celebrated." Burly is centered around music, "expanding," he said "the idea of what 'should' or 'should not' be played in a queer setting" and often focusing on overlooked genres like R&B, rap, punk, or new waves. Every month is different: some have included amazing live music and others fabulous drag performances, with notable favorites being artist tribute nights -- this month Burly celebrates the country queen Dolly Parton for her 69th birthday.

"Multiple people who attend the party have told me that, when you walk in, it doesn't feel like any other queer event they've ever been to -- they say they feel accepted, embraced and, yes, even a little titillated (we attract a really sexy crowd, to be honest)," Erbentraut told ChicagoPride.com. "The party has sustained itself and remained popular because, simply, people enjoy it and we haven't fussed with the formula too much and it's a good, natural fit for our venue and neighborhood."

In addition to the queer organizing McDowell does, he also has two jobs -- a full-time position as Managing Director of eighth blackbird, a three-time Grammy winning chamber music ensemble and an arts consulting business with several clients across the country. He's also working as writer, director and producer on a feature length documentary -- a story about his family that you can read more about at www.JimmyInSaigon.com. With only so many hands and hours at his disposal, McDowell decided to pass down the reins of Burly to DJ Joe Erbentraut and to transition away from Queer Contra as well (though describing himself as "Benevolent Emeritus Grandpa," McDowell still plans to attend as often as he can).

"When I heard that Peter and John, the previous organizers were stepping down, I immediately wanted to step in and make sure this kept going, because it is a fantastic community event," Stephen Ulrich told ChicagoPride.com, referring to Queer Contra Dance Chicago. "I've loved it every time I've gone and I would love to see it continue to flourish... Our group is about participatory performance, and about community. We're coming together to do something fun, active, and social. And we have some great people who help make this all happen. It's a welcoming, diverse community and I'm happy I'm helping to keep it going."

The event begins at 6 p.m. with the first half hour set aside for teaching the basics to new folks. The event will feature several dances over the course of the evening, including a dance or two of different styles related to traditional contra. Sometime around 8 there will be a longer break for refreshments, which participants are encouraged to bring with, potluck style. Admission is a sliding scale of $0-$10, payable at the door; no advance planning or experience is needed and nobody will be turned away for lack of funds. Everyone is welcome and more information can be found at facebook.com/ContraChicago or by contacting new organizer Stephen Ulrich at scu@pobox.com.

The event, as always, is free, with $2 PBR and $5 PBR + whiskey shot specials. More information can be found at facebook.com/burlychicago.

"I feel like I gave birth to two happy healthy kids - Burly and Queer Contra - whom I've now sent off to college and they are doing splendidly well with their new stewards and guardians," McDowell told ChicagoPride.com about his stepping down from his beloved Logan Square events. "I don't think I will stop organizing. One thing I'd love to do at some point is a big Pride activity in Logan Square. I'd love to rent a great rooftop deck or something and have a big blowout party. One of my favorite events ever is Hard French in San Francisco - a great mix of oldies music, new music and lots of lots of younger and older queer folks all together, all having a great time. I regret that Burly doesn't attract an equal mix of genders, and I would love to create a very energetic dance party, some day, that does."