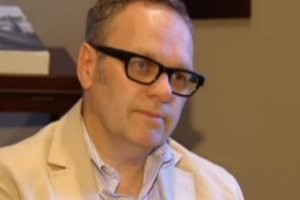 Inverness, IL - An Illinois Catholic church fired its openly gay music director on Monday after he got engaged to his longtime partner.

Colin Collette and William got engaged last week in Rome. But after Collette announced the big news to his work family, he was quickly dismissed by administrators at the Holy Family Church in the Chicago suburb of Inverness.

In a statement, the Archdiocese of Chicago said it would not comment on the specifics of the case.

Collette told NBC Chicago that he did not hide his relationship with his future husband from co-workers because Holy Family Church positioned itself as "welcoming to all."

"Everybody was welcome. That was our hallmark. All are welcome. Well, that's all changed now. That's become a lie," Collette said.