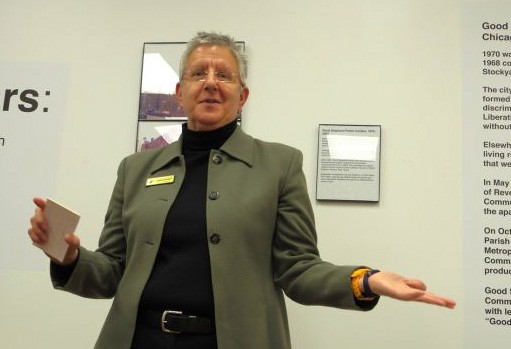 photo credit // tracy baim/wct
Chicago, IL - Members of the Gerber/Hart Library and Archives board of directors met with the public Dec. 5 to discuss new directions it intends to take as the library recovers from nearly two years of turmoil.

The library will be open to the public for the first time at its new location, 6500 N. Clark St., Dec. 7, then every Thursday for the rest of December, according to Incoming Board President Carrie Barnett.

"We're going to take some baby steps," Barnett told the several dozen people at the meeting. "...We're going to start slowly and getting to be open as many hours as we need to be in order to serve the community."

Barnett came back on the board in July after serving as its president more than two decades ago. Under the leadership of outgoing President Brad Tucker, the board has been working to rebuild community trust in Gerber/Hart.