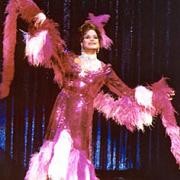 Paris, France - French authorities have arrested Nicolas Panard, a 68-year-old former transvestite cabaret artist, in connection with the murders of what may be as many as eighteen gay men over a two decade period. If proven guilty of all the murders, Panard would rank as one of the most prolific serial murderers in French history.

Last week, after a raid of his home in Mulhouse in Eastern France, Panard was taken into custody and questioned specifically about six murders said to have been committed between 1983 and 2000, Police deemed connection to the other twelve murders "premature" at this time, according to various online reports.

Panard's arrest follows a two-year investigation by a police officer in Montbéliar, who "noticed startling similarities between a string of unsolved murders while searching a computer data-base for information on another crime", according to The Independent. The officer also noticed that Panard's name came up as a friend or associate connected with several of the victims over many years.

Panard, who had several convictions for burglary was also reported to have often visited gay bars and, when younger, worked as a transvestite "hostess" in clubs in Germany and the Alsace region of France, where all but three of the murders took place. Panard's Tunisian former lover and alleged accomplice, Slim Fezzani, 43, is already serving a 20-year sentence for the murder of a gay insurance agent in Riedis-heim, Alsace, in 1999.

Mr. Fezzini has now been moved from a Paris jail to Montbeliard for new questioning, deputy state prosecutor Jean-Marc Gervason said in a statement reported by GayNZ.com.

All but one of the eighteen victims were gay men and all were killed by a violent blow to the head, followed by multiple stabbings. Each time the bodies were found partly naked, but the victims' faces were covered up.

A dozen other people connected with Mr. Panard have also been arrested with five of those still being questioned reports The Independent.

For their part, both Mr. Panard and Mr. Fezzini have denied involvement in the murders.