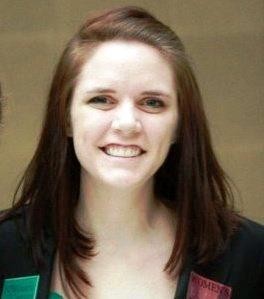 Chicago, IL - Equality Illinois, the state's oldest and largest organization fighting for the civil rights of lesbian, gay, bisexual and transgender Illinoisans, Thursday announced the appointment of Patricia Dillon, a longtime advocacy organizer and native Illinoisan, as its new Director of Field Operations.

During her career, Dillon has worked as an organizer with Planned Parenthood in North Carolina, motivating supporters all over the state to contact their legislators and become longtime advocates of the organization. She also organized voters in southwest Ohio for President Obama's re-election campaign in 2012, and most recently she served as state coordinator for Organizing for Action in Michigan.

"Patty is arriving at a crucial moment in our campaign for the freedom to marry, and she will be jumping right into the effort to enhance Equality Illinois' already strong network of allies and supporters throughout the state," said Bernard Cherkasov, CEO of Equality Illinois. "Her background of engaging and mobilizing key constituencies around progressive causes will position her for success as we enter the next, crucial phase of our fight for marriage equality."

"Her passion and commitment will make her a strong voice for the organization and our causes not only in the marriage fight but as we continue to deal with all the issues to build a safe and fair Illinois for all of its residents." Cherkasov continued.

Dillon, a graduate of Miami University in Oxford, Ohio, was born and raised in St. Charles, Illinois, which is on the western edge of suburban Chicago.

"I am extremely excited to return to my home state to work with Equality Illinois at this crucial time," said Dillon. "I am passionate about helping individuals advocate for themselves and their communities."

As Director of Field Operations, Dillon will expand and oversee the field strategy for Equality Illinois, growing the supporter base and mobilizing advocates to take action in coordination with the organization's mission.