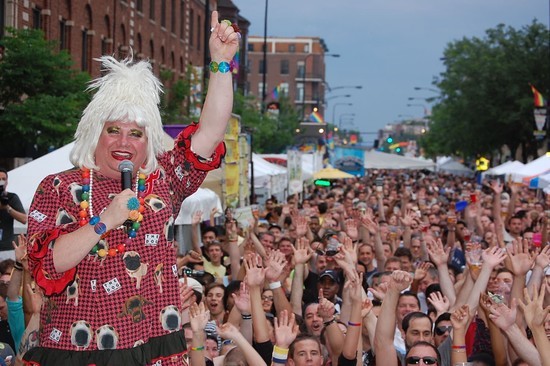 Chicago, IL - Pride month is in high gear, and organizers of Chicago's Pride Fest are getting set to launch their event, for the first time, a week before the Pride parade. The event takes place June 22-23.

Pride Fest had traditionally been a prelude to the parade, which is scheduled for June 30. Organizers believe the change will help alleviate congestion in Lakeview during June by allowing a "Pride Week" instead of weekend. Last year's Pride Parade drew over 850,000 people to the neighborhood.

Among the acts appearing at the festival are Aubrey O'Day, Jessica Sutta, Ultra Nate, Deborah Cox and Inaya Day, among many others. Kotwa called the line-up "cross-generational."

"I think we appealed to all ages with the main stage entertainment," he said. "Making sure that we have an exciting talent line-up is one of my top priorities. We want to make sure we're booking relevant artists as well as some of the classic favorites. Aubrey O'Day has received some very good national attention this year with the possible re-uniting of Danity Kane.  We brought back some of the most popular dance divas, such as Inaya Day and The Ladies of Livin Joy, that have been festival favorites for years."

"We are adding a few surprises along the way, but you'll have to come see those," Kotwa said, adding he hopes the community comes out and supports both the festival and the parade. "Both are such important events in our community and I think it's especially important, now more than ever, to show our strength in numbers to pass equal rights, not just in our own state, but nationwide."