Don Lemon: Yes, a segment of the black community is homophobic 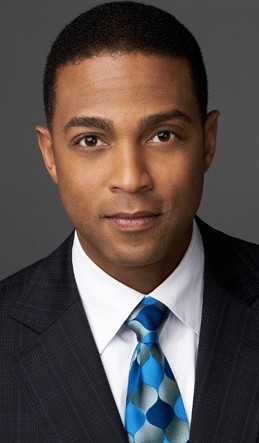 Atlanta, GA - CNN anchor Don Lemon, who recently came out as a gay man in his new book, answered an interviewer's question about whether the black community is homophobic with a resounding "yes!"

The 45-year-old Lemon is talking about his sexual orientation in the new book, "Transparent."

He told the New York Times he was reluctant to come out and be known as "the gay anchor" but even more concerned about reaction among blacks.

"It's about the worst thing you can be in black culture. You're taught you have to be a man; you have to be masculine. In the black community they think you can pray the gay away."

He told the Times that more people in high-profile positions need to come out, so that kids like Rutgers student Tyler Clementi don't kill themselves. Lemon said his own life might have been different if he'd known more out gay men.

"I think if I had seen more people like me who are out and proud, it wouldn't have taken me 45 years to say it," Lemon said.

He wrote the book after a publisher asked him for something "inspirational."