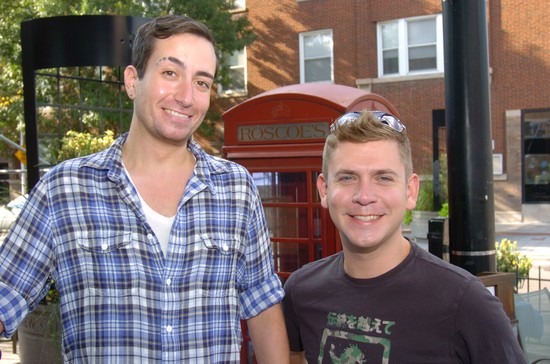 Roscoe's in Chicago in the running for international fame

Chicago is in the running for two top awards in the second annual TripOutGayTravel competition for best gay destinations on the planet.

Located at the corner Halsted and Roscoe streets in Chicago's Lakeview neighborhood, Roscoe's is probably most-associated with the North Halsted strip known as Boystown.

"We are super excited that Chicago was included in the nominations for Best Gay Destination and we are proud to represent our community and the entire city in the category of Best Gay Bar in the World," Roscoe's General Manager Brenden Chrisman told ChicagoPride.com. "It is a huge honor and we thank all of our customers over the past 23 years for their continued support and love."

The nominees were chosen by LGBT travel writers, but the winners will be selected by online votes over Facebook and on TripOutGayTravel.com.

"Let's bring this one home for Chicago," said Chrisman.

Barcelona, Key West, Las Vegas, Rio, Tel Aviv, and Palm Springs are in the running to be named the Sexiest Place on Earth.

"LGBT consumers, their families and friends are aficionados when it comes to using social media and traveling the globe," said John Polly, Editor-in-Chief of TripOutGayTravel.com, "It will be exciting to see how the results may change now that voter's can share their choices through social media with family and friends."